Visual culture is the focus of museum-style projects on display this week at Jefferson State Community College’s Clanton-Chilton campus.

Students in history and English classes worked in groups to develop the displays.

Casey Ward and her group read an excerpt of “Fun Home” by Alison Bechdel and researched the author and visual aspects.

They also connected the story to current events.

Destiny Jones said the book had been turned into a Broadway play, so they made comparisons between the two. Candace Williams said she focused on information in the graphic novel for the display.

“The theme in her story was about how her dad was a homosexual, so we kind of connected that with what has been going on with gay rights,” Jones said.

Ward said her favorite part of the project was “comparing the acceptance of the LGBT community from then until now.” She said she focused on how “the acceptance level now is way higher than it was then.”

Jones said they used blue for their display board because that is how the comic was drawn.

Priya Patel said she enjoyed researching the author and her background and working with her classmates on the project.

“Maus” by Art Spiegelman was the focus of the project by Tiffany Crawford, Bethany Pate and Tanner Gray.

“It portrayed the (mice) as Jews and the cats as Nazis, so it was like an overall view on the Holocaust,” Pate said.

Crawford researched the author and found that the author recounted stories his father told of living during the Holocaust that inspired the book.

Crawford and Pate said the black and white drawings were an interesting visual way to tell the story without a lot of gore.

Pate said writing the book actually helped the author’s relationship with his father.

The display focuses on the author, actual historical events and a synopsis of the book.

He said the project made it real to him.

History instructor David McRae said this semester’s projects were the best he has seen.

“I am incredibly, incredibly proud of them,” McRae said.

His Western Civilization students focused on political cartoons. His American History students focused on images from 1968, such as the Olympic Protest, the Memphis Sanitation Workers Strike (which was Martin Luther King Jr.’s last) and the first interracial kiss on television. Political cartoons were of the “supposed affairs of Queen Antoinette,” the Industrial Revolution and the French Revolution.

McRae had students research the image, its significance and events surrounding it.

“It is supposed to be very visual … telling a story through pictures and words rather than simply writing a paper,” McRae said. 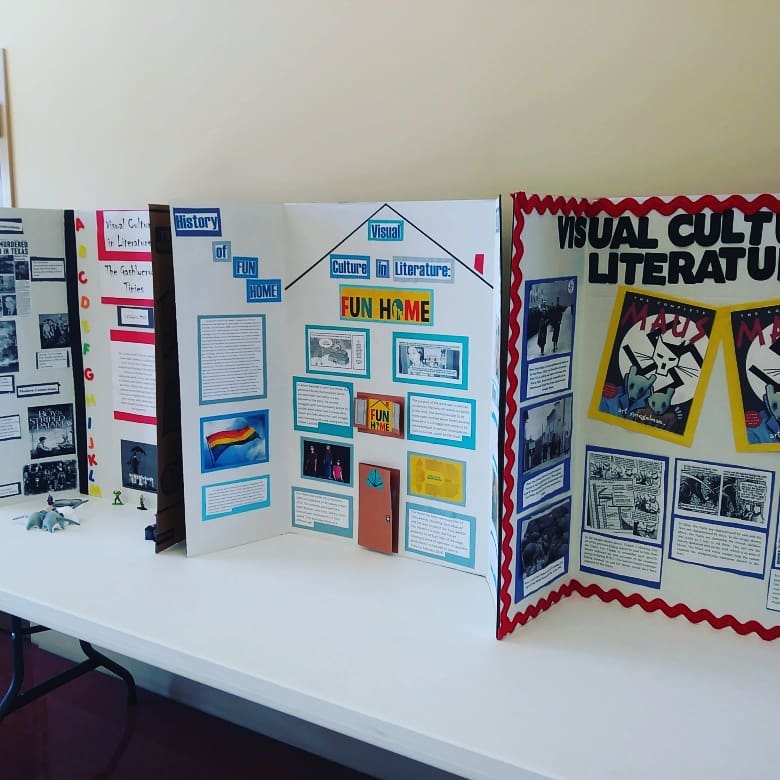 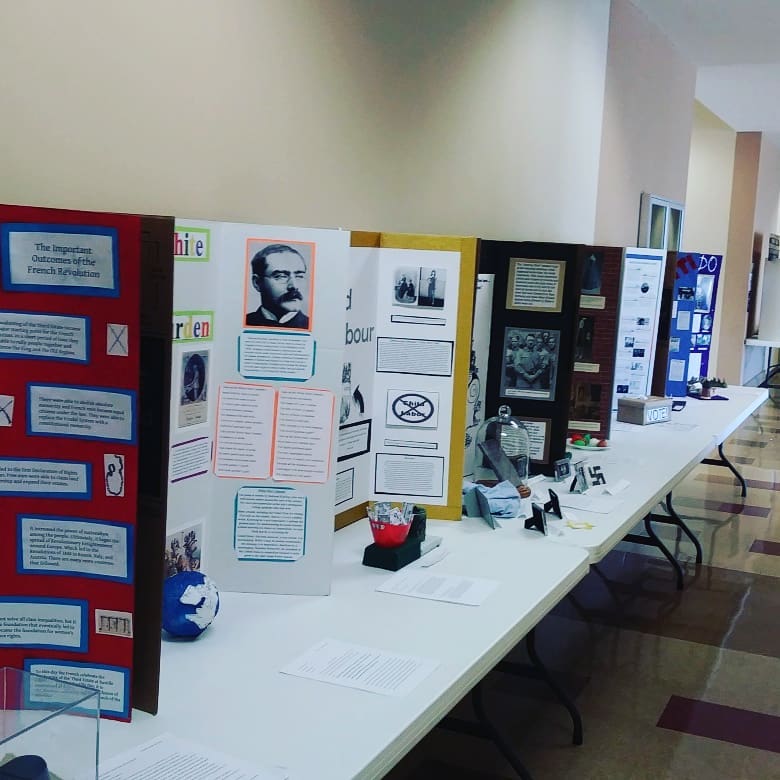