A literary theory analysis is usually found in upper level composition or literature classes, and is completed when a student looks for certain ideas found in the literature that supports the postulations of a certain theory. Theories include, but are not limited to, Formalism/New Criticism, Reader-Response Criticism, Feminist Criticism, Psychoanalytic Criticism, Structuralism, Marxist Criticism, Deconstructionist Criticism, Multicultural and/or Intersectionality Criticism, and Queer Theory.  The following two sources give background on many of these diverse and ever evolving theories:

Klages, Mary. Literary Theory: A Guide for the Perplexed. Continuum, 2006.

(Example:  A superego examination from a psychoanalytic perspective, or an idea of gender power imbalance under a feminist viewpoint) 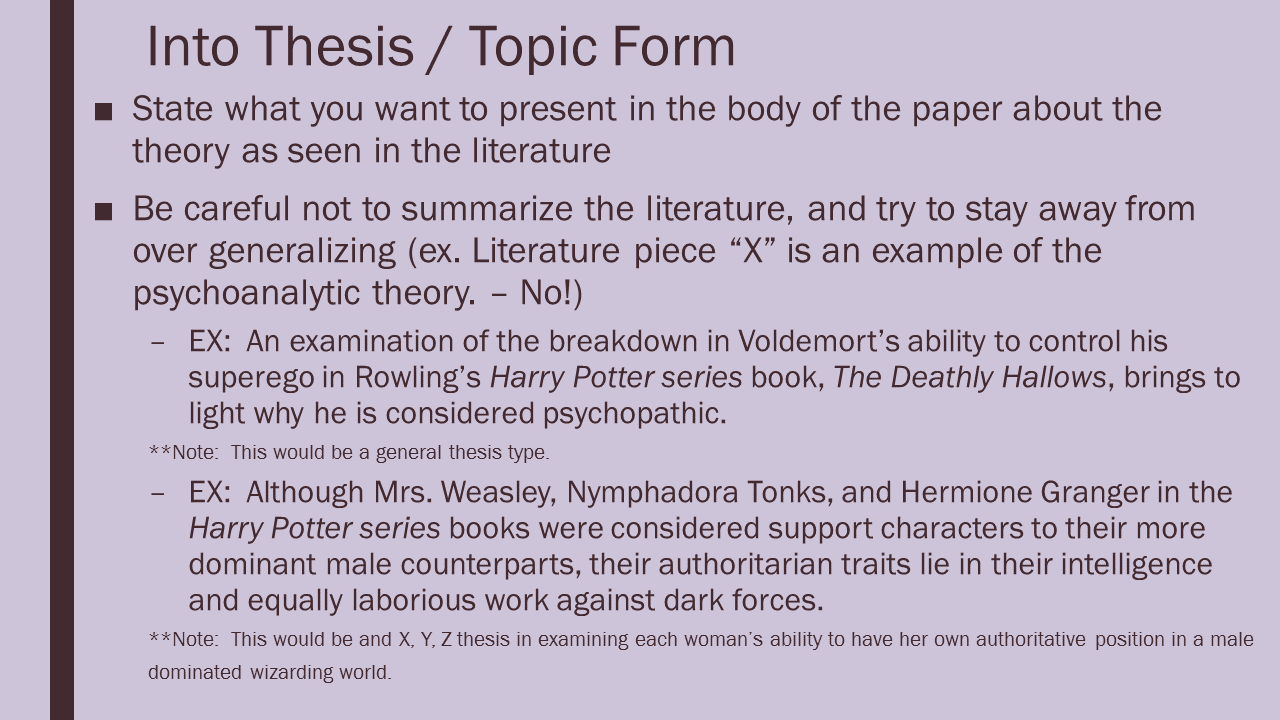 Brainstorm some possible theory analysis ideas with these modern, well-known movies; start with the following – what could you do with these: