Jefferson State Community College Chilton-Clanton campus is remembering the Holocaust and its survivors in a special way this week.

Students have created displays to accompany the Birmingham Holocaust Education Center traveling museum, which is displayed in the school’s lobby.

“The BHEC is dedicated to current Alabama residents who were survivors of the Holocaust,” Associate Dean Ashley Kitchens said. “Each piece of the traveling museum is about a different survivor.”

The exhibit is open to the public 8 a.m.-9 p.m. Monday through Thursday and 8 a.m. to noon on Friday.

Literature students read the book “We Fought Back: Teen Resisters of the Holocaust” by Allan Zullo and selected one of the people featured as the subject of their display board.”

Kitchens said the book was loaned to the class by the Birmingham Holocaust Education Center.

Braylee Duren chose to do her project on Sara (Sonia) Shainwadi of Luboml, Poland.

“I wanted a woman, just so I could relate more to what she was going through,” Duren said.

Duren said she had never heard of Shainwadi previously.

“She had a couple of different illnesses, so she wasn’t the best for physical work or things like that,” Duren said. “I was very impressed with how she could stand her ground and be strong through all of that … she not only survived but she helped others as a medic and a cook through the (resistance group) camps that she worked.”

Rebecca Deel did her project on Selim Sznycer of Poland. She said Sznycer was creative in finding ways to avoid the Germans, including disguising himself as one of them.

“I found it very interesting to see the contrast in how quickly his life changed,” Glass said.

She said the family had lived in a small house without a radio or television and at first did not know the actions that were happening against Jews.

“Then by 16, he became the leader of 100 partisans in his group, even though he was so young,” Glass said.

“The contrast of not knowing what was going on to being a leader of such resistance” was what stood out to her.

Blaichman’s group combined with others to secure ammunition and guns to sabotage trains of supplies to German soldiers.

Glass said after World War II, Blaichman spoke to groups of people to raise “awareness of what had happened and what he lived through.”

History students created posters on historic events surrounding the Holocaust and their impact. Together, the posters created a timeline stretching from explanations fascism and genocide to Hitler’s reign and World War II to modern day anti-Semitism and white supremacy in the United States.

“The whole point for the history class was to provide context for the literature class (displays),” history teacher David McRae said.

Patrick Killingsworth and Sam May focused their project on D-Day to VJ- Day. Killingsworth said he wanted to narrow the topic of the project and highlight specific events. May said they looked at timelines to determine which events to feature in their project.

Killingsworth said they focused on “big impacts that led from D-Day to VJ- Day.”

“I had no idea that the president (Franklin Roosevelt) kept the atomic bomb a secret, the Manhattan Project a secret from Truman, so that was kind of surprising,” Killingsworth said.

Amber Easterling and Olivia Ellis did their project on Jewish Resistance during World War II and The Holocaust.

The project was important to Ellis because she is Jewish.

“It is very important because some people believe there was no Jewish resistance … that’s actually very inaccurate, and we found a lot of information to back that up in the Jeff State Library,” Easterling said.

Ellis said in the concentration camps, Jews showed physical and spiritual resistance. She said there were also acts of resistance to avoid going to the camps.

“In the ghettos, they were armed,” Ellis said. “There were even children who were armed.”

Ellis said resistance efforts by the Jews during this time are not talked about enough. 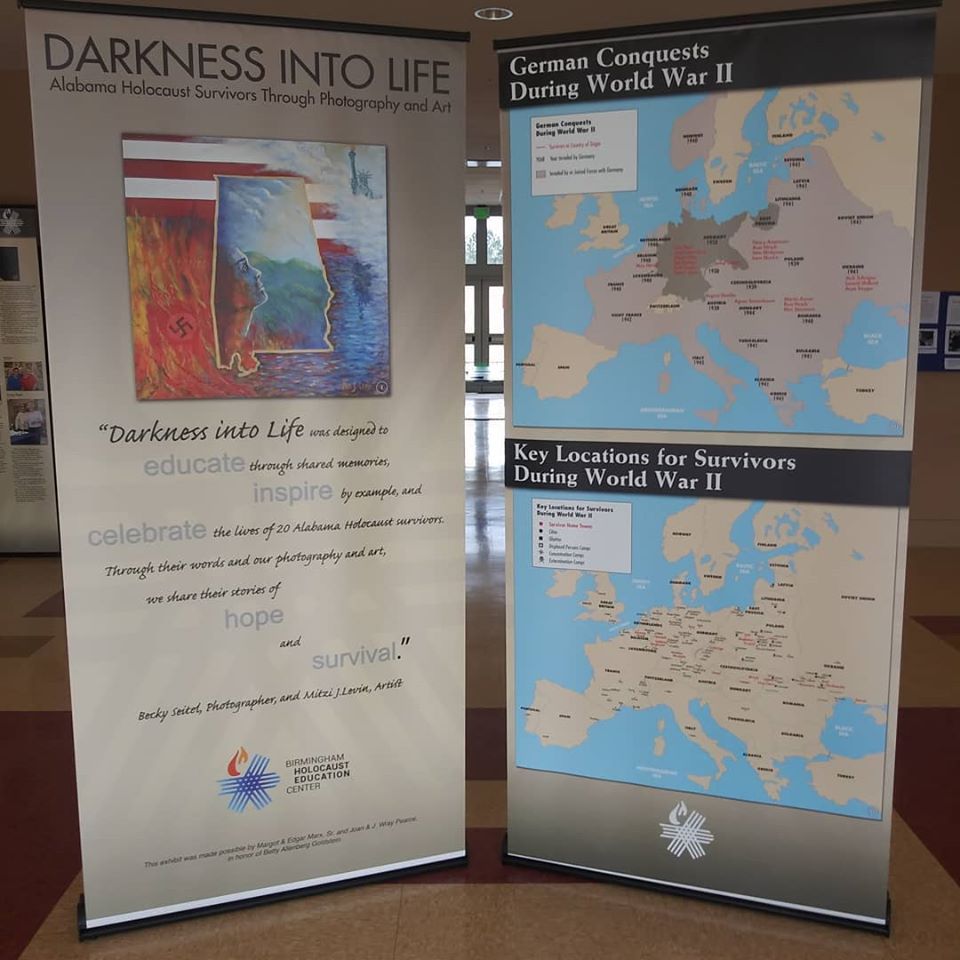