Drawing class is a required foundation class for any Studio Art Concentration at four year institutions and serves as a General Humanities credit at Jefferson State Community College. Throughout the course students will learn how to draw representational realism, expressive, and conceptual themes using graphite, charcoal, india ink, pen and subtractive techniques. As students advance they will be introduced to larger drawing formats, relief printmaking, grid techniques, an colored media like pastel, prismacolor, conte, and colored inks.

From the moment I discovered musical comedian Tim Minchin years ago, I was awestruck.  His musical talent was the perfect platform for his rather direct humor, and I marveled at the videos of his sold-out performances in many cities in England.  Not a few months after finding him and watching all I could, I read that he was in the process of writing music and lyrics for the upcoming stage play Matilda, based on the book by Roald Dahl.  The play was going to start in theaters in England, and I thought maybe one day it would make it to the states.

Fast-forwarding a few years after this, I saw that Matilda had indeed made it to the states, and not long after that, I was surprised and excited to see that Birmingham’s own Red Mountain Theater Company had picked it up.  I reserved tickets for me and SKD co-sponsor and colleague Jamie King in September of 2018 for the July 2019 performance!

The performance was over and above what I had expected.  The musical score and lyrics, done by Tim Minchin, were right up his alley.  The upbeat music was highlighted by words that both delighted the audience in laughter and silenced the audience with anticipation.  The stage props were incredibly dynamic as they were used for Matilda’s family’s house, the school classroom, schoolyard, and Trunchbull’s office, and the library.  Walls were movable and aided in creating a visual for Matilda’s storytelling; other walls held secret panels for hidden props for multiple scenes.  The acting was the most incredible part of the play.  For a cast that was a good half adult, half youth, not even Broadway could have compared.  The youth actress cast as Matilda was brilliant in her presentation of a British accent, her emotive ability, her delivery timing, and her vocal performance.  When I read in her biography in the program that she had been acting since she was three-years-old, I could see it in her whole performance; she rivaled most professional actors and actresses I have seen.  Other youth individual characters and ensemble characters were equally as professional.  I saw not one young actor(ress) miss a beat in many of the difficultly choreographed singing and dancing scenes.  The adult roles were nicely played as well.  My favorite adult role was Agatha Trunchbull, played by a male actor who gave the part the traditional testosterone-filled angry school principal personality the part calls for. Other adult roles played highlighted each character’s personality from the Roald Dahl tale, and the combination of all made the play extremely believable.

Overall, this was one of the most well-rehearsed and brilliant works I have seen come out of Red Mountain Theater.  I enjoyed the night immensely.

"Fortune favors the bold," were the words of Jim Beach long-time lawyer and manager of the band Queen when referring to the possible release of Bohemian Rhapsody as a single. This quote can also be used to describe the biographical drama Bohemian Rhapsody. Bohemian Rhapsody which was released in 2018 is the Queen Biopic that was talked about for years around Hollywood before being filmed and released. The movie had setbacks like an unexpected change of director during filming, and different casting decisions being made. Rami Malek stole the show with his performance in the film making up for the mistakes that it contains. Malek plays the lead singer of the British band Queen, mimicking Freddie Mercury’s movements and performance energy that had only ever been seen before when Freddie was performing. This movie was not just about Freddie Mercury, it was about Queen as a whole we had Gwilym Lee as bassist/astrophysicist Brian May, Ben Hardy as drummer/dental student Roger Taylor, and Joseph Mazzello as bassist/family man John Deacon.

Bohemian Rhapsody starts as we follow Farrokh Bulsara before he changes his name to Freddie Mercury as he handles the baggage at Heathrow Airport. Freddie auditioned for Brian and Roger in the parking lot after one of their shows wowing them as he becomes the front man of Queen with John Deacon joining in as the other bass player. Freddie’s onstage persona didn’t match how he was off the stage. Seemingly shy and in love with Mary Austin (Lucy Boynton) while also struggling with his sexual attraction towards men. We see raw emotion from Boynton and Malek as Freddie comes out to Mary as bisexual for then Mary to tell Freddie that he is gay. Watching Freddie live out his self-indulgent fantasies with massive parties with random people and his friends gave the audience a view of Freddie as a wild man with crazy ambitions than the shy man who loved Mary that we first saw.

The movie is rated PG-13 meaning that we don’t get to the true rock-and-roll lifestyle that the members of Queen experienced during the 70s and 80s. While there are some inaccuracies of the timeline, and events that happened were muddled. The music fills in the muddled areas with hits like “We Are the Champions,” “We Will Rock You,” “Radio Ga Ga” and the title song. The actors truly embraced the roles of the men that they are playing as digging deep into their pasts to portray them. Malek went the extra mile mixing his vocals with Mercury and a Mercury soundalike named Marc Martel. Malek also wore fake teeth to and did take after take trying to perfect the lip-synching.

The recreation of the band’s 1985 Live Aid 20-minute performance at Wembley Stadium has been called the greatest rock-and-roll live performance in history. This was the perfect ending for the movie as it ends on a high note. Forget the flaws that the film has you don't want to miss all of Queen's best hits being played or the iconic performances by the hard-working crew.

When Mother Nature Shows Off

Those needing a break from studies or an escape from the concrete and fluorescent lighting will surely find solace at Little River Canyon National Preserve located in Fort Payne, Alabama. Less than two hours north of the Birmingham area, the park offers spectacular views of gorges and canyons cut from the Earth by Little River over the ages.

The Little River flows twenty-three miles from its confluence of the East Fork and West Fork rivers and is home to three waterfalls. Little River Falls stands forty-five feet tall and surges thousands of cubic feet of water per second. It is easy to become awestruck by the scenery of the area as well as the diversity of plants and wildlife in the area.

Little River Canyon National Preserve offers activities such as hiking, swimming, fishing, mountain biking, and canoeing. The park is open year-round and is free to the public. Be sure to pack a lunch for a wonderful picnic by the falls and don’t forget your camera! 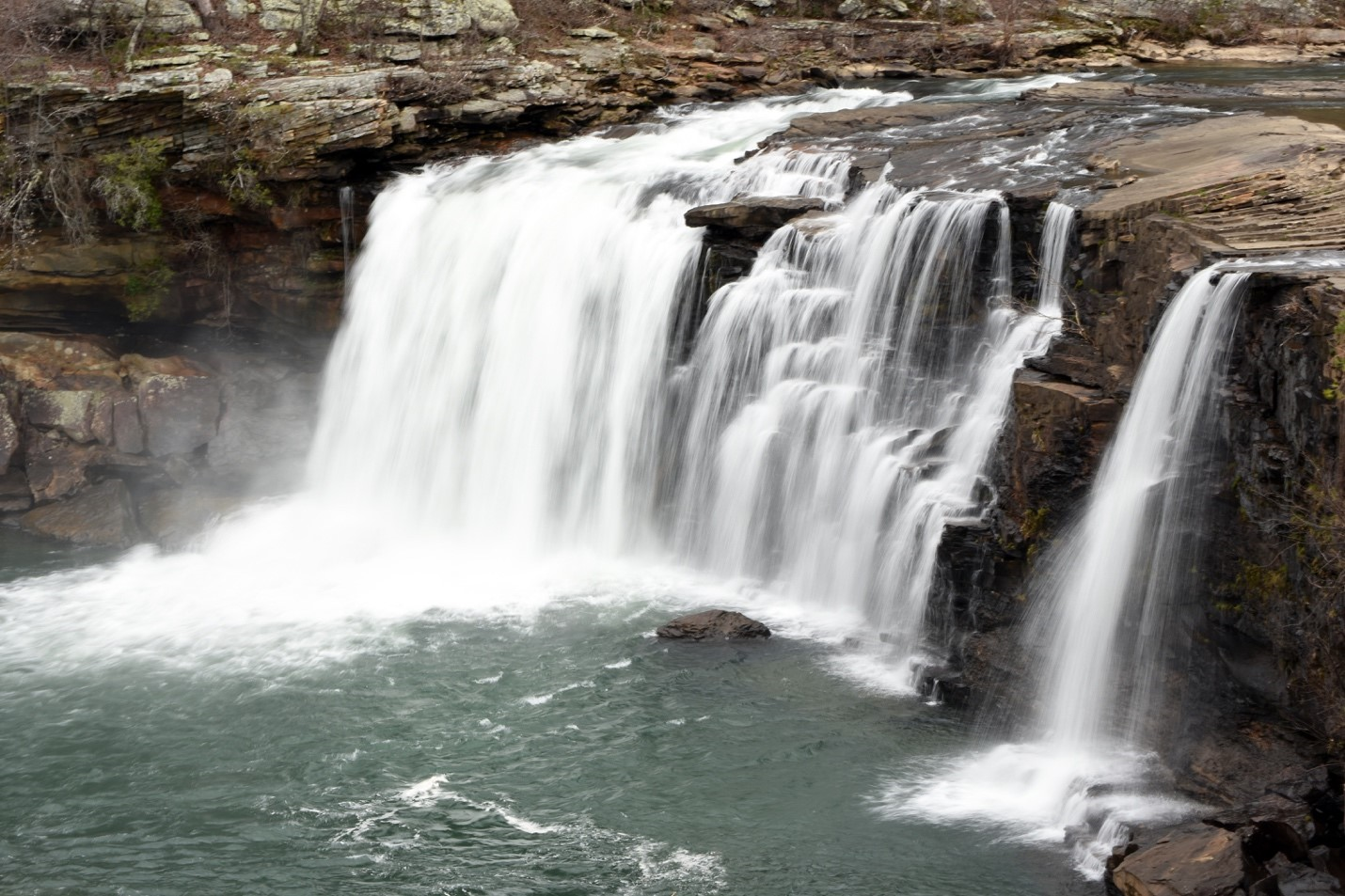