What It Means to Be a Pioneer

The JSCC Speech and Debate Team Excels in International Competition

A Servant's Heart:  Local Celebrity Gets Personal at JSCC

Submit Your Article for Consideration 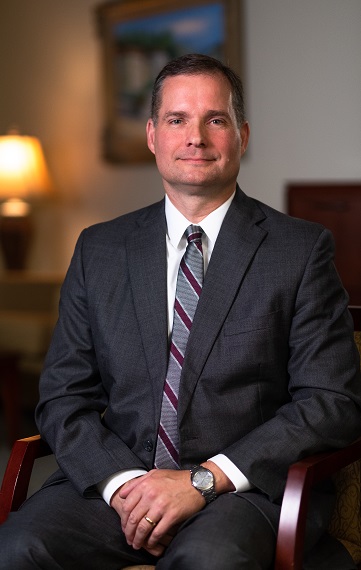 On Thursday, May 30, I had the pleasure of interviewing the President of Jefferson State Community College, Keith Brown, to gain more information on Jefferson State’s future plans for the school. According to President Brown, Jefferson State is committed to providing students with the tools they need to meet job market demands. With expansions of new career programs and renovations to the Jefferson Campus underway, students can be sure to expect a quality education. Workforce Education is being enhanced by a projected addition of in demand construction-based programs that include carpentry, heavy equipment operations, and industrial maintenance. A new building for Workforce Education Center is expected to be built at the Jefferson Campus to house these new programs. Students can also expect expansions in other certificate programs that could possibly include Surgical Technician, Dental Hygiene, and new Information Technology programs. Brown says the purpose of expanding and adding certain programs is to meet the demands of the current job market.

Jefferson State strives to provide a quality learning environment for students. In addition to the expansion of Workforce Education programs, construction for renovations at the Jefferson Campus has already begun. Brown states that the Jefferson Campus is expected to be completely renovated within the next five to seven years. Along with improvements aesthetically, Jefferson State also is continuously looking for new ways to improve the quality of instruction. As of June 2019, instructors can volunteer to be a part of the Instructional Leadership Academy. Brown confirmed that the purpose of this year-long program is to teach instructors of Jefferson State new and improved ways of teaching that will hopefully result in a better learning experience for students.

What It Means to be a Pioneer

It was my first semester of college at Jeff State, and as I was becoming more involved on the campus, I found myself increasingly bothered that there was no apparent mascot for the school nor did I know what the school’s official colors were. Naturally, I began inquiring for these answers only to realize that I was not alone in this lack of knowledge. After much archival research and interviewing senior faculty, I have finally discovered these answers. Over these next few issues, I will unravel many of the mysteries regarding the history and origin of Jefferson State Community College.

The doors of Jeff State opened for its first class of students on September 30, 1965. Storms from a hurricane off the coast of New Orleans had ravaged the area in the days prior turning the parking and roads leading to the campus into a swamp. Faculty and students needed to park some distance away as their cars could not traverse the mud and water. Fitting conditions for what would be the first of many Jefferson State Community College Pioneers.

Many names were debated upon before the decision was made. Governor at the time, George Wallace, believed it was fitting to give the junior colleges of Alabama names that would honor American heroes of the South. Under his recommendation, the name Jefferson State Community College was chosen in honor of Thomas Jefferson, third President of the United States. The buildings of the campus were appropriately named to honor the great contributors to the genesis of the institution.

Dr. Leroy Brown, Superintendent of the Anniston City Schools, was chosen to serve as the first president of the new college. Dr. Brown felt that a seal was needed to portray the image of the college and requested James L. Moncrief, Academic Dean, to help develop ideas. The original sketch was composed by Moncrief’s wife, Sandra, and was adopted after slight revision. 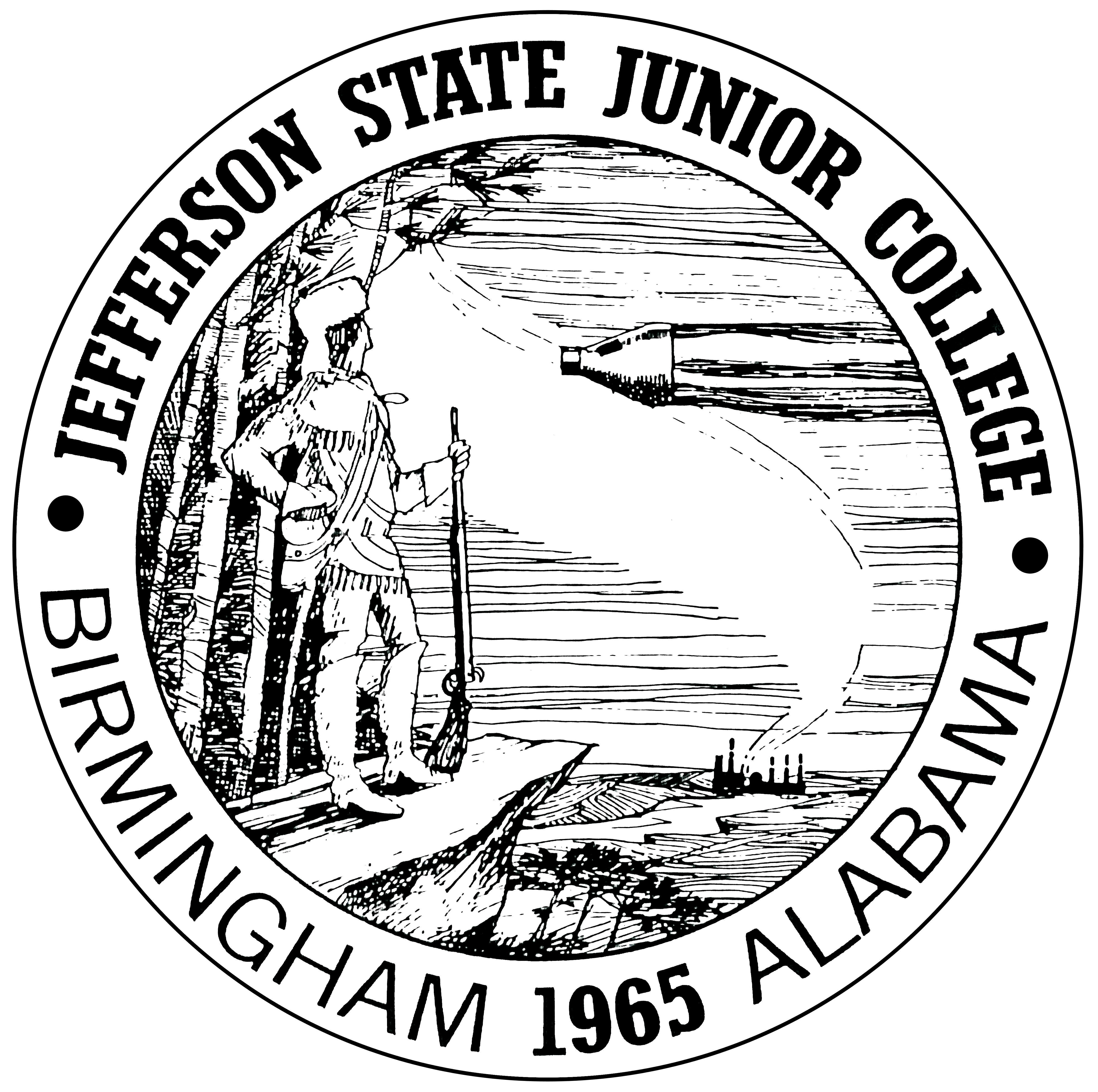 The original seal was representative of the past and future merging together. The pioneer with his rifle symbolizes the spirit of adventure possessed by the early settlers of our country. The rocket flying over Birmingham’s Sloss Furnace depicts an age of science and technology. All of this is complemented by the written motto for the school: THE PAST AND THE FUTURE JOINED BY EDUCATION.

Last to be selected were the original school colors. White and green were chosen, representing purity and growth, respectively. It was not until the Presidential office was held by Dr. Judy Merritt that the colors were changed to raisin and slate. Adhering to the school motto, these changes were made to update and modernize the school’s image.

It was the belief of Dr. Brown that the college seal has been an appropriate emblem to convey the Pioneer spirit in what he described as “learning and living during an ever-changing dynamic period in the history of mankind.”

Next issue, we will examine some of the social norms and cultural ideals of the time that affected the faculty and student body. One in particular which sparked a court case that forever changed the college and ushered in a new generation.

Get "The Pioneer" In Print