Spotting the Spotlight Drama Club During the COVID19 Pandemic

Concerts are gone. Dance recitals are postponed. Live theatre is at a near halt. The performing arts are struggling to survive in the current situation. But creativity is at the heart of the arts, so we have to, we must, find creative solutions to our inability to perform for live audiences.

The word “drama” is derived from the Greek word “dran,” which means “to do.”  The Spotlight Drama Club insists on finding ways to continue “to do,” proving that even in this frightening and unpredictable time, the theatrical impulse will always overcome and persist amid adversity.

The challenge of presenting a live-streamed performance for PioneerCon was daunting, but a little research and a lot of YouTube videos taught us how to properly use inexpensive green screens to project cool backgrounds, utilize camera angles, and emphasize vocal variety to put together an engaging and new “staged” reading of David Ives’ “Sure Thing,” starring Elizabeth Warren and Jacob Nelson.

Next, the club collaborated with the Beta Lambda Delta chapter of PTK to write and produce an original play about voting rights and obstacles. The cast of nine rehearsed  for a month via Zoom, were able to watch recorded rehearsals (that’s new!), and learned a whole lot about acting for the camera, which is very different from performing on stage. The video will be released before the end of the semester as part of PTK’s Honors in Action project.

This is still a difficult and challenging time. But we believe that this experience will make us a stronger and more versatile club. Who knows? There may even be a TikTok or film sub-club on the horizon!

Those interested in writing, performing, editing, or participating in other aspects of theatre or film production can email Lesley Warren at ggray2@jeffersonstate.edu. 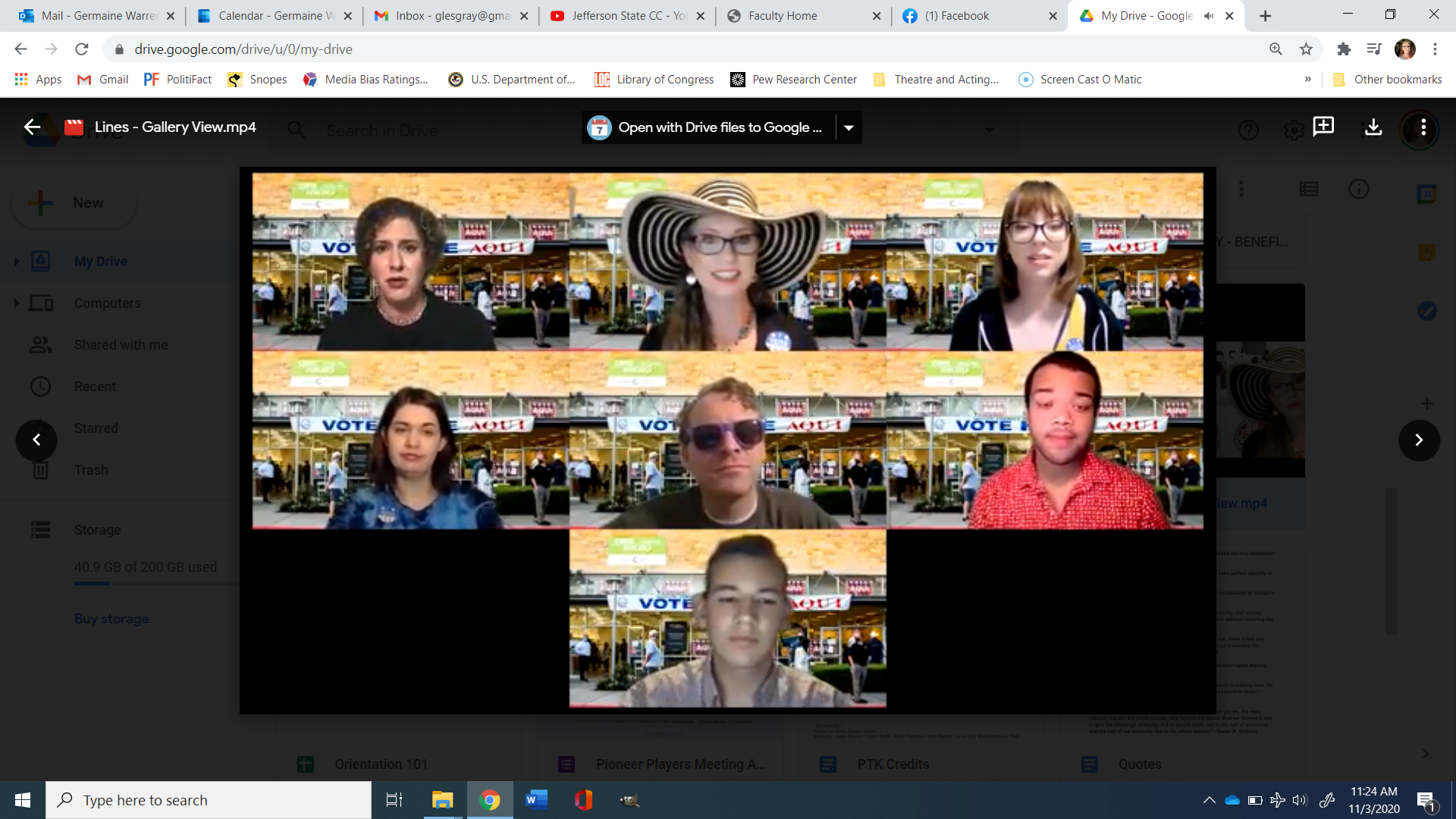 Tamara Payne, Faculty Member from the Director of Career and Learning Services