Something Wicked(ly Awesome) This Way Comes!

JSCC Has an Art Posse

Something Wicked(ly Awesome) This Way Comes 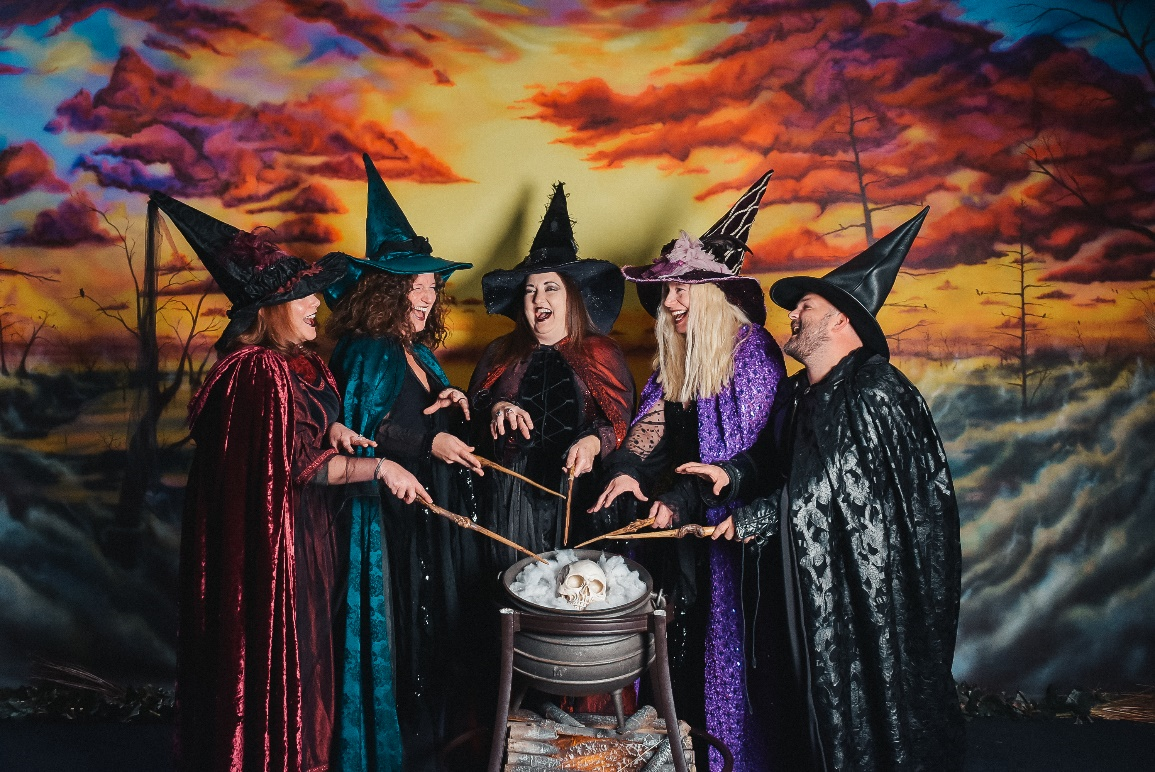 Each fall and spring semester, the Clanton and Pell City Campuses put on a collaborative history and literature museum that focuses on a particular topic explored through history and literary works. This fall, the campuses’ focus was on witchcraft and witch trials. Particularly, Ashley Kitchens’ American Literature class and David McRae’s US History class focused on the Salem Witch Trials; McRae’s Western Civ classes additionally focused on witch trials throughout history – anything other than the Salem trials. Students from each of the classes put together research papers and visual projects around their chosen topics.

As such, instructors Kitchens and McRae put together a professional development trip to Boston and Salem, Massachusetts, along with colleagues Erin Arnold (biology), Kristin Henderson (English), and Tina Rowe (nursing), to delve more into historical and literary aspects of the events and stories they teach. In a short four-day stretch, the group of instructors explored many aspects of Boston and Salem.

The first day in Boston, the group walked many miles of the Freedom Trail, a collection of historic markers (including buildings like the Old North Church, Boston Common, the Old State House, the Granary Burial Ground, and the Paul Revere House to only name a few) that tell the story of the American Revolution. After walking the story of the American Revolution, the group headed to Salem for a night tour of Salem’s most notorious haunted graveyards and buildings. In both tours, the group learned so much about the rich history of the two areas.

The second day was spent in Salem walking through the memorials and museums dedicated to remembrance of the hysteria in 1692. The group started off early in the morning with a walk through the Salem Witch Trials Memorial.  The memorial stands next to a cemetery and consists of granite bench markers with names of the victims and the dates and means of execution inscribed. Each bench had flowers and trinkets left from previous visitors. Continuing through the day, the group visited museums like the New England Pirate Museum, The Witch Museum, The Witch Dungeon, and the Nightmare Gallery. In each of these museums, tour directors and actors portrayed real historic events from the Salem Witch Trials and led groups through wax figure presentations of life in the past.

The group took a drive on the third day to Lexington and Concord to experience the historical Minuteman Trail, Walden Pond, and Sleepy Hollow cemetery. Along the Minuteman Trail, a trail most famous for Paul Revere’s ride during the American Revolution, the group saw several sites of historic houses and the spot Paul Revere was captured. In Walden, a pond most known as the setting in Henry David Thoreau’s book Walden, the group walked the two-mile trail around the pond to see the site of Thoreau’s hut and to experience the beauty and solitude the woods offer. After a time in nature, the group headed to the cemetery where many American authors are buried. Similar to the offerings and trinkets seen at the Salem Witch Trials Memorial, the group saw items like pens, rocks, coins, and other offerings at the sites of burial for authors Nathaniel Hawthorne, Henry David Thoreau, Louisa May Alcott, and Ralph Waldo Emerson, to name just a few.

On the final day of the trip, the group visited the Boston Architectural College (otherwise known as the BAC).  Eleni Glekas, Director of Historic Preservation at the BAC, met with the group and presented a lecture on the history of the BAC and of Boston and its architecture. After the lecture, Beth Lundell Garver, Director of Applied Learning and Core Faculty, joined and, with Glekas, took the group on a tour of the college itself. Garver, a graduate of Auburn University and Harvard University, discussed the practical application side of the BAC students’ collegiate experience. Not only did this professional meeting allow the group to see how other colleges run departments and admissions, but it also gave each of the group members ideas for presentation of materials for classes or in enrollment services areas.

The four-day learning experience truly was one of the best professional development trips all the instructors agreed they had ever had, even though only three of them went specifically for professional development. Erin Arnold used the experiences, especially the ones at the New England Pirate Museum and at Walden Pond, to plan for new engagement opportunities for her biology classes. She and Kristin Henderson, who both work at the Jefferson Campus, will partner to offer a museum like Clanton and Pell City currently do in Fall 2020 along with the smaller campuses; all three campuses look to focus on ideas surrounding pirates and piracy.  Tina Rowe also came away with ideas to join in participation with the campus museum in fall of 2020 to add a nursing perspective perhaps looking at prosthetics and illnesses; she also was engaged in looking at the architecture of healthy spaces at the BAC. What started out as an immersion in the background of witches, witchcraft, and witch trials in literature and history ended with a wickedly large conglomeration of information about all sorts of literary and historical ideas.

An overload of learning notwithstanding, the group participated in an entertaining wicked-good time one of the nights in Salem at what was surely a huge touristy favorite: Witch Pix. The group felt this fun little opportunity would be the perfect way to document their participation in all things witchy. All five instructors, robed in witch garb, took fun pictures with several different backgrounds and props and laughed until they cried.  You can’t get better cross-discipline collaboration than that. 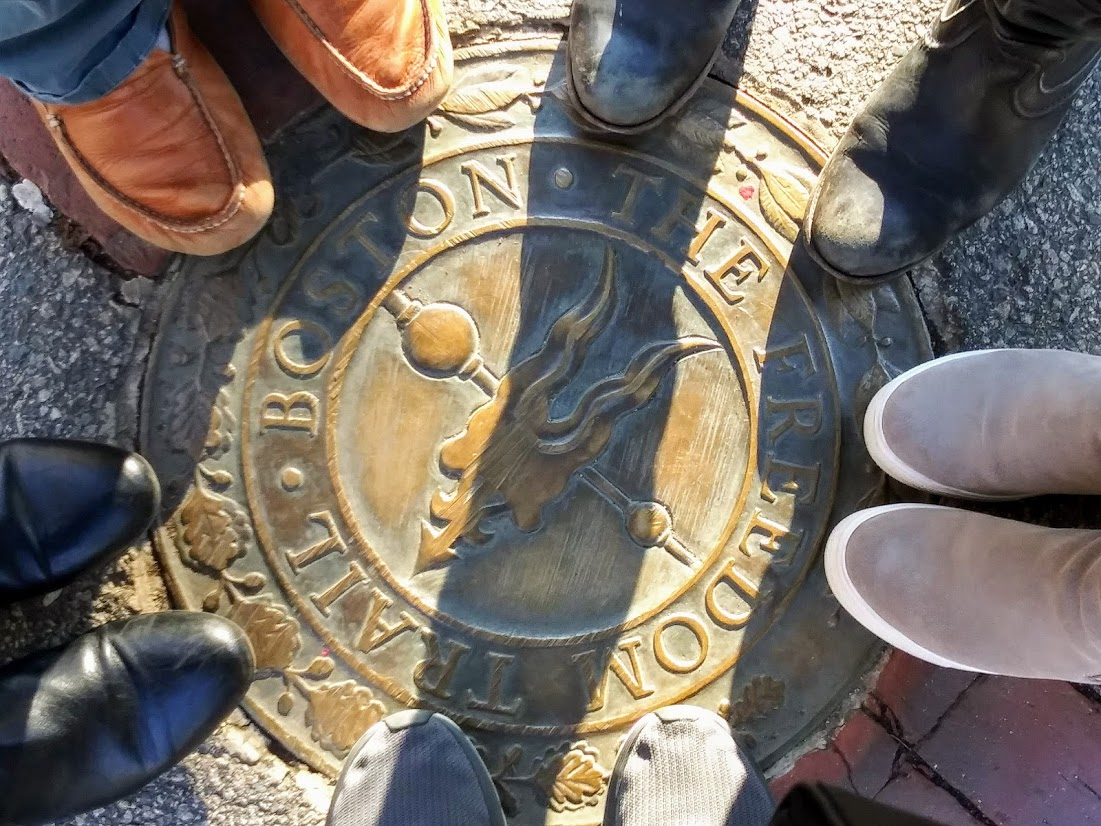 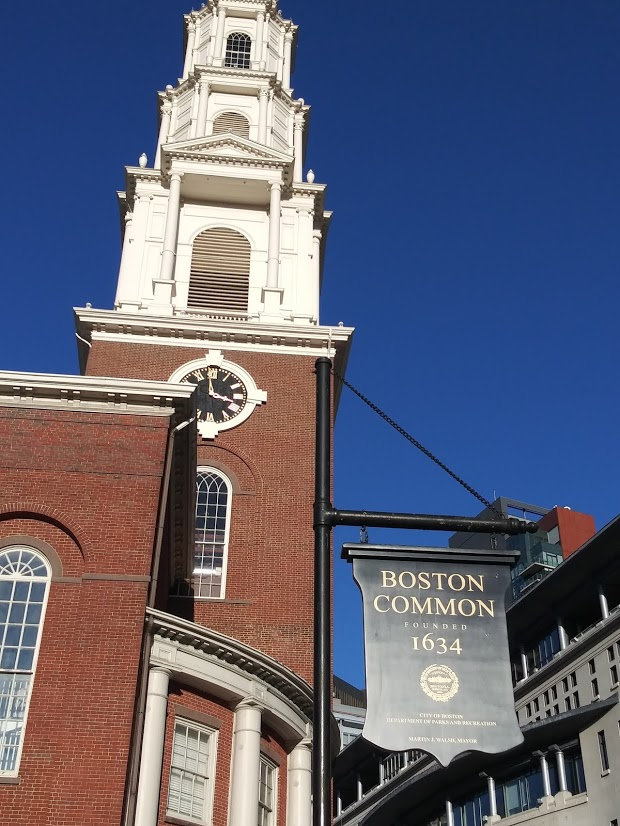 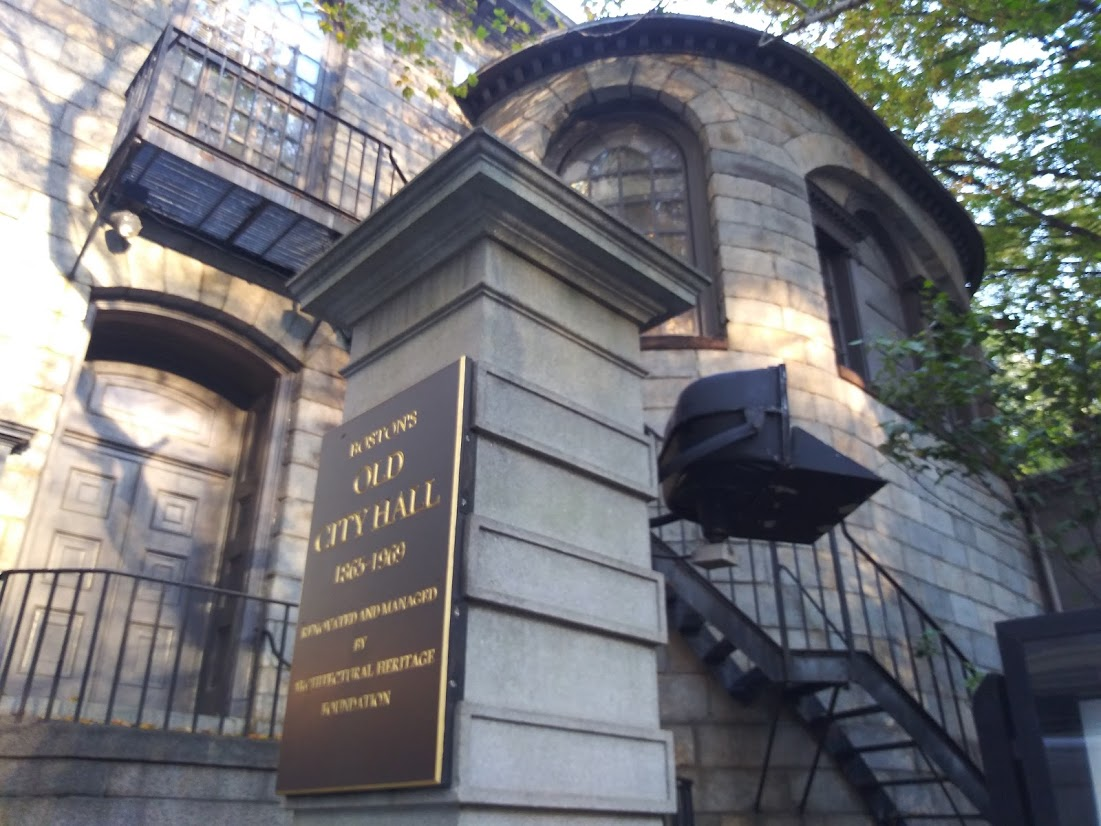 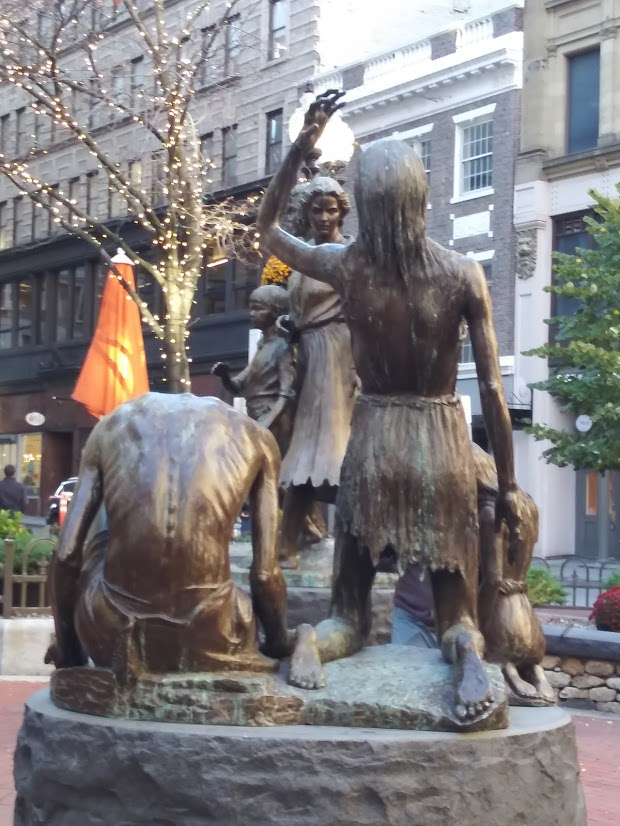 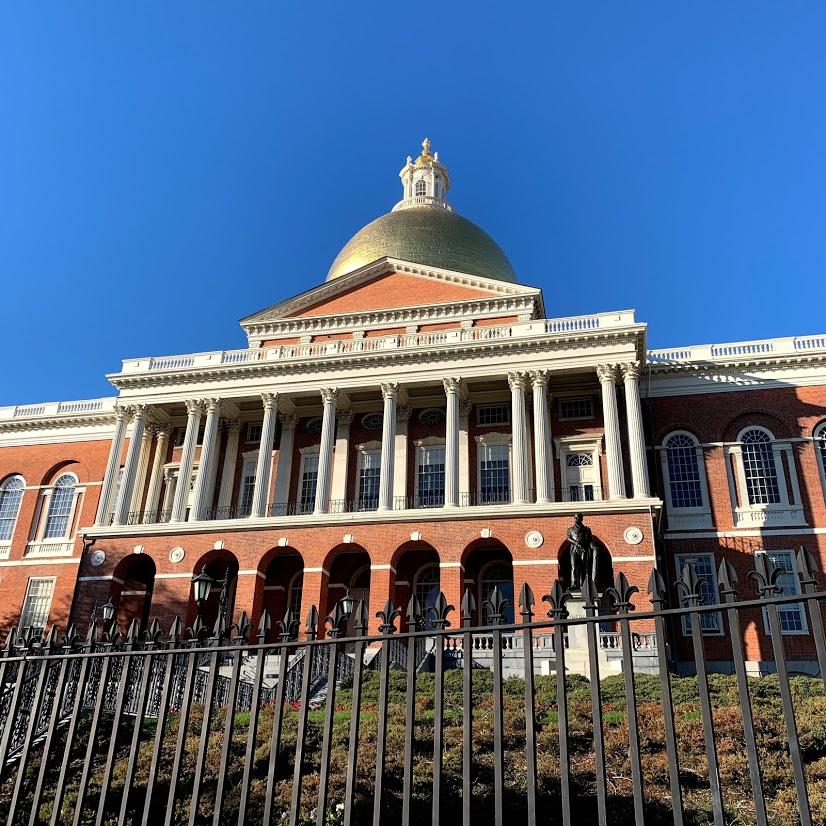 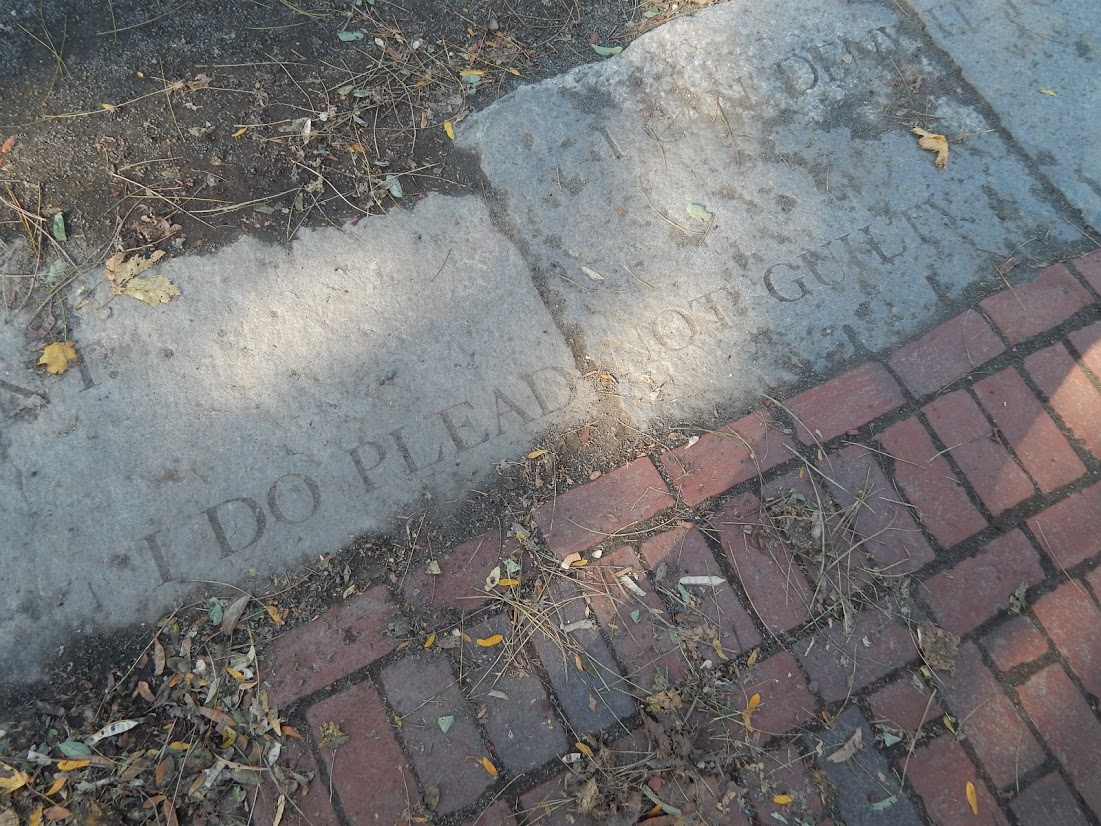 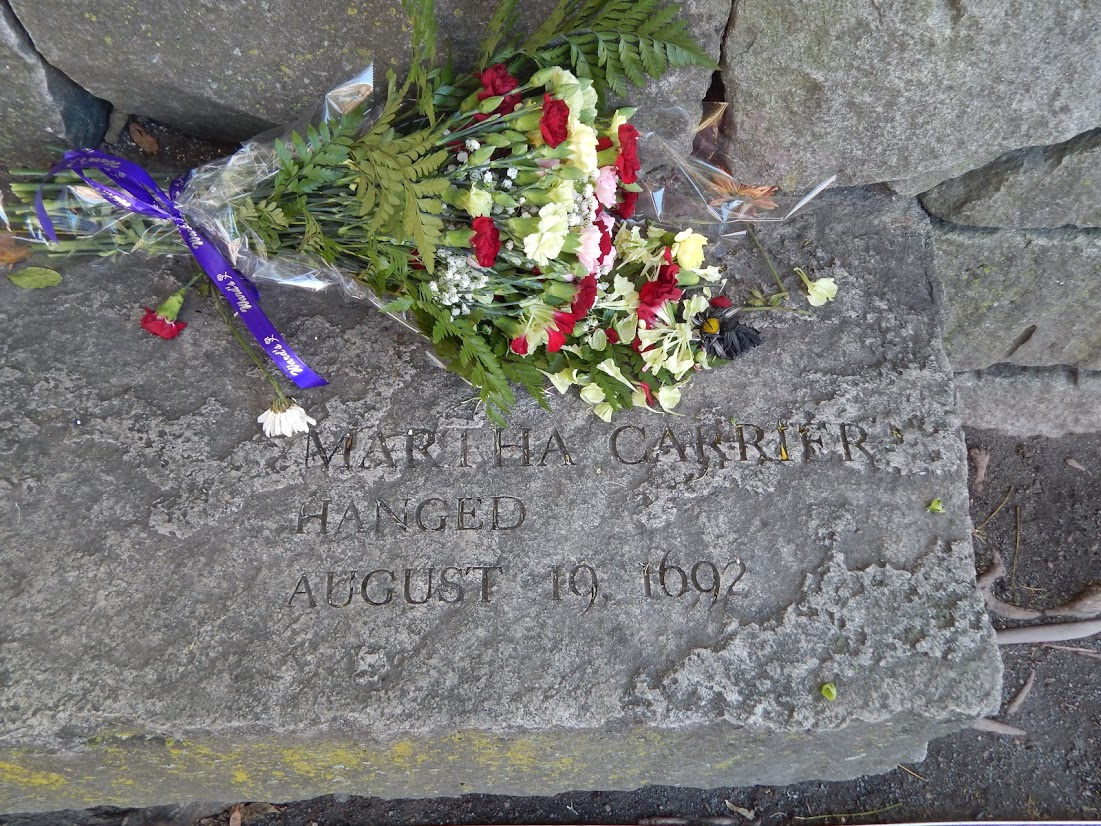 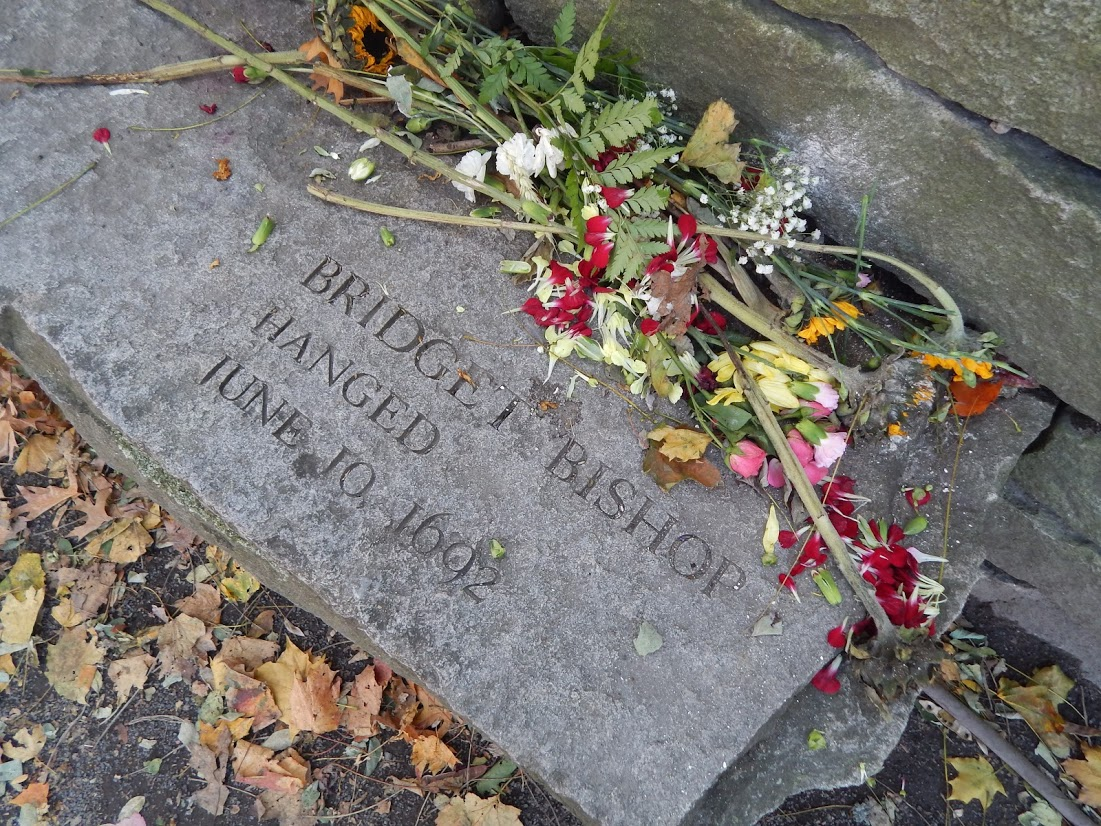 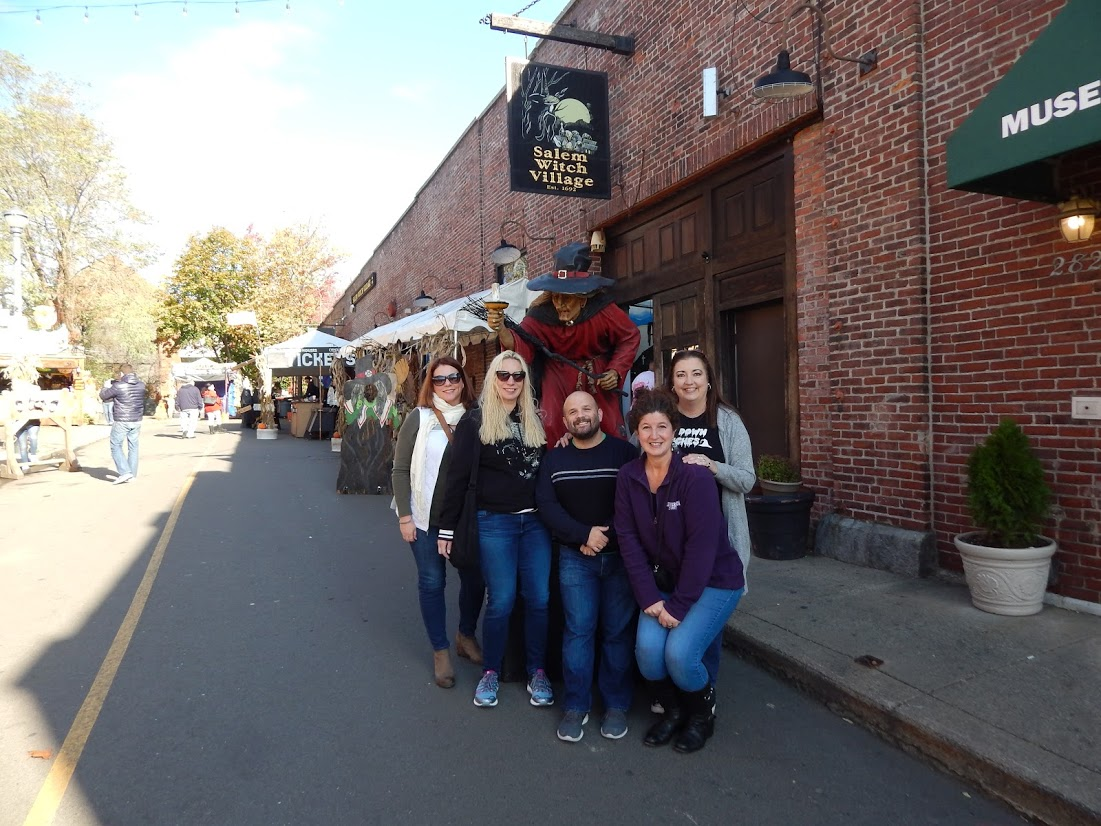 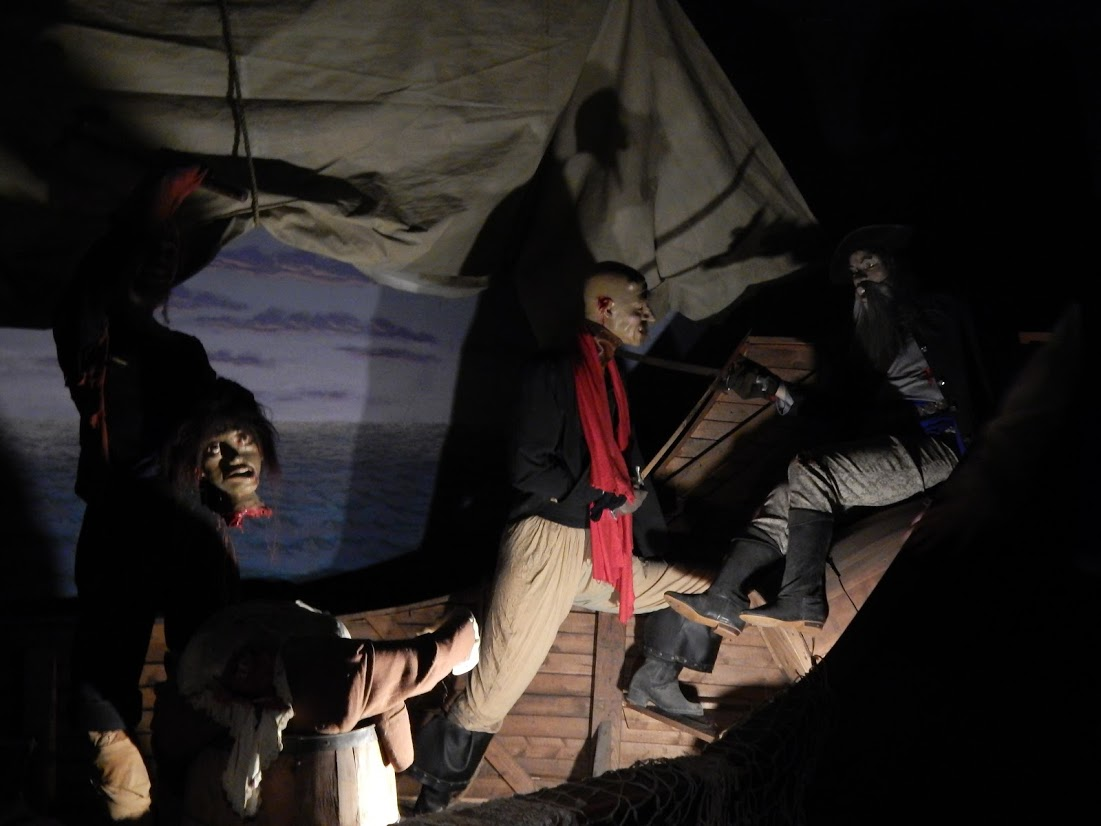 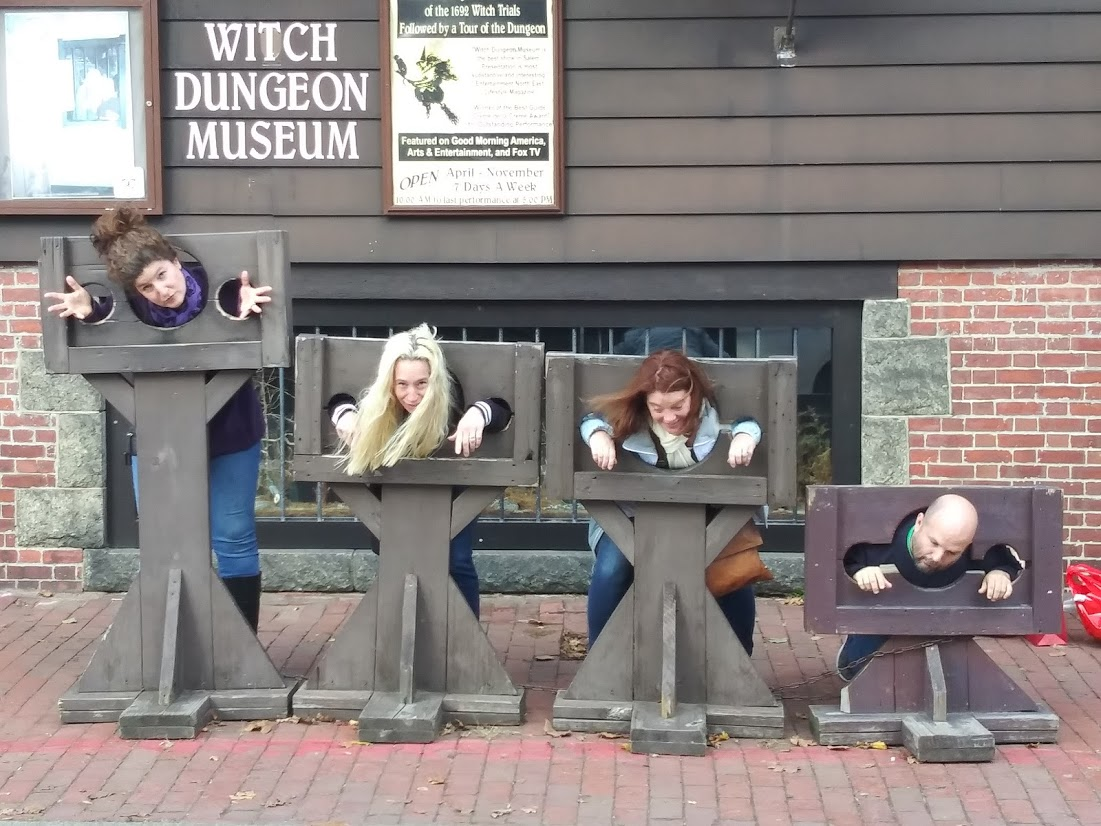 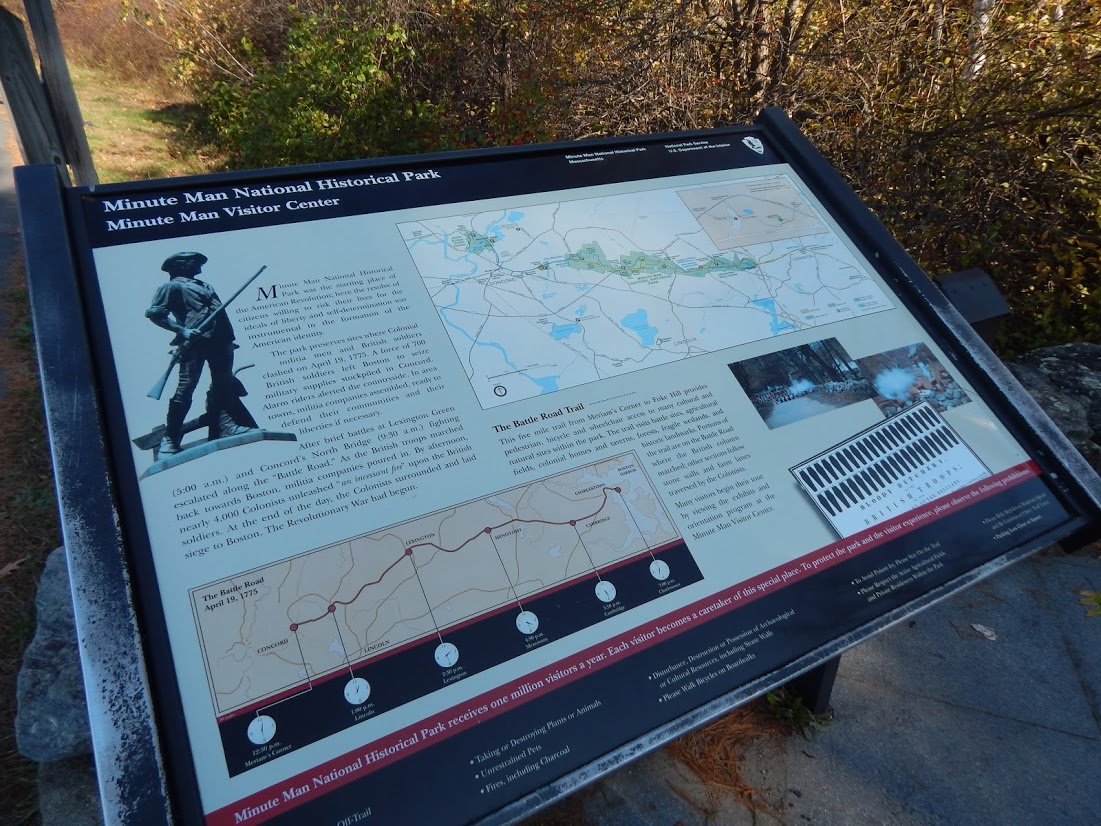 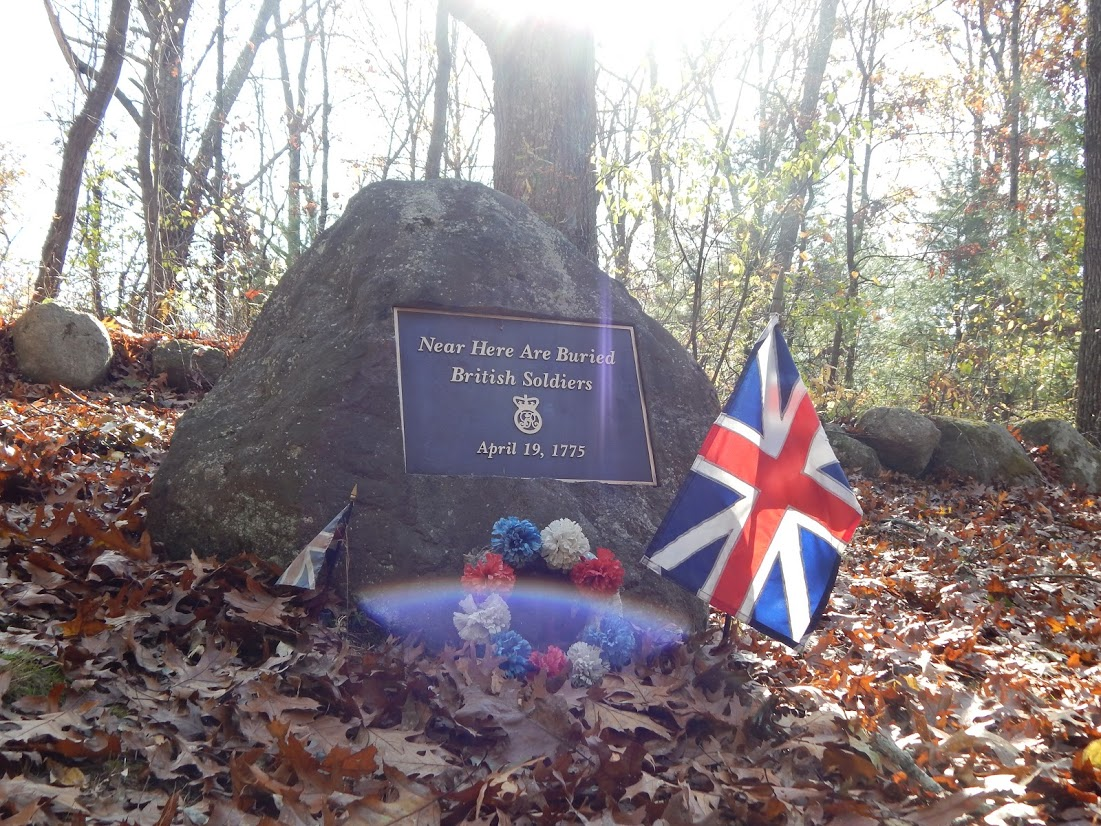 Along the Minuteman Trail 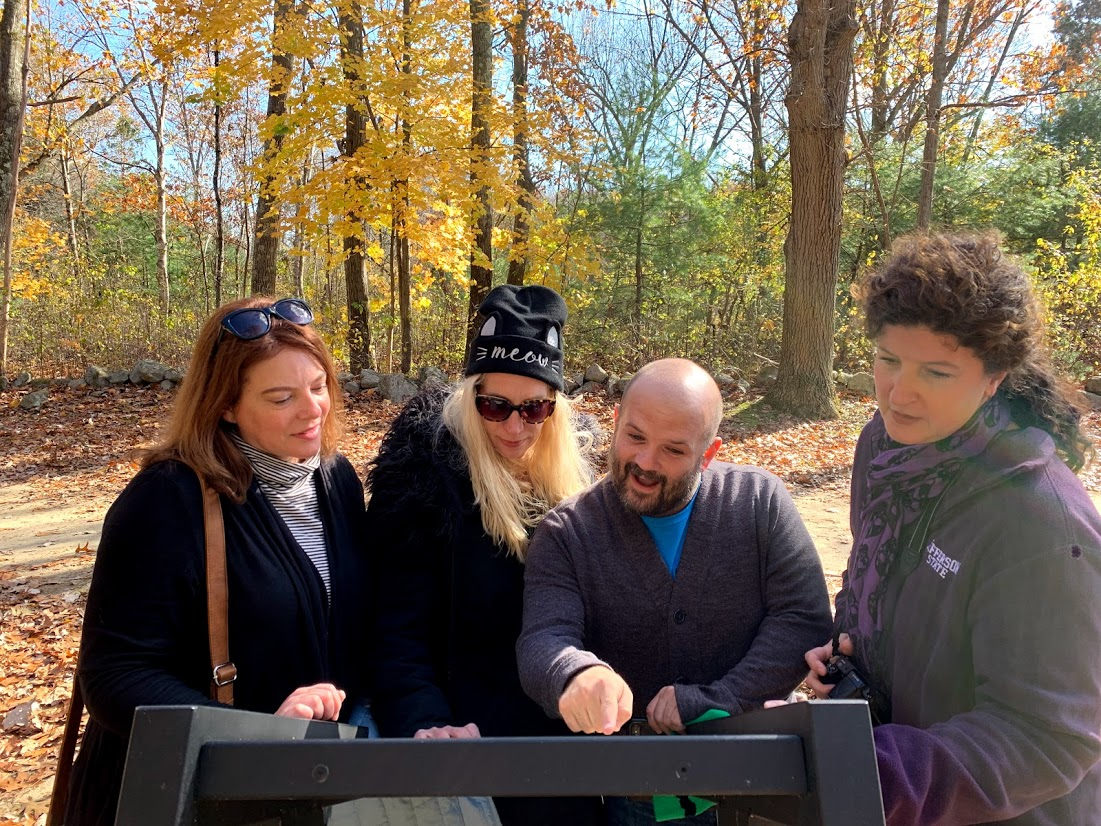 History lesson from David McRae along the Minuteman Trail 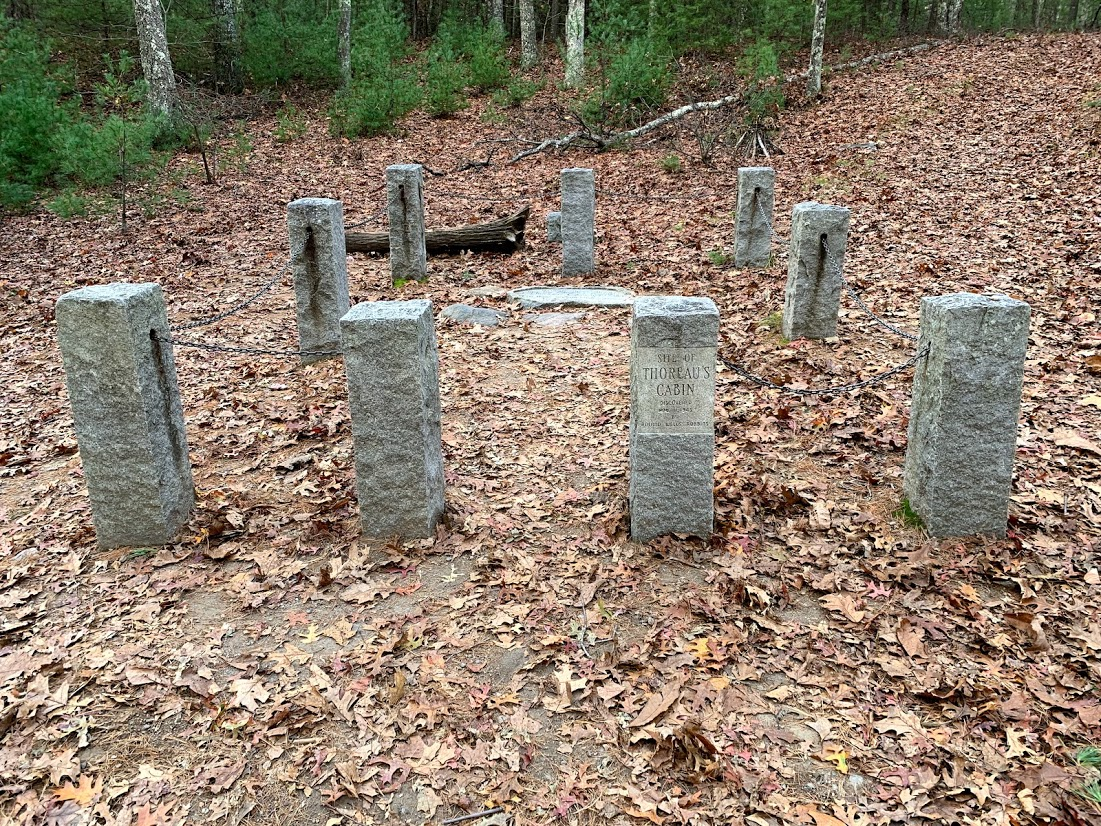 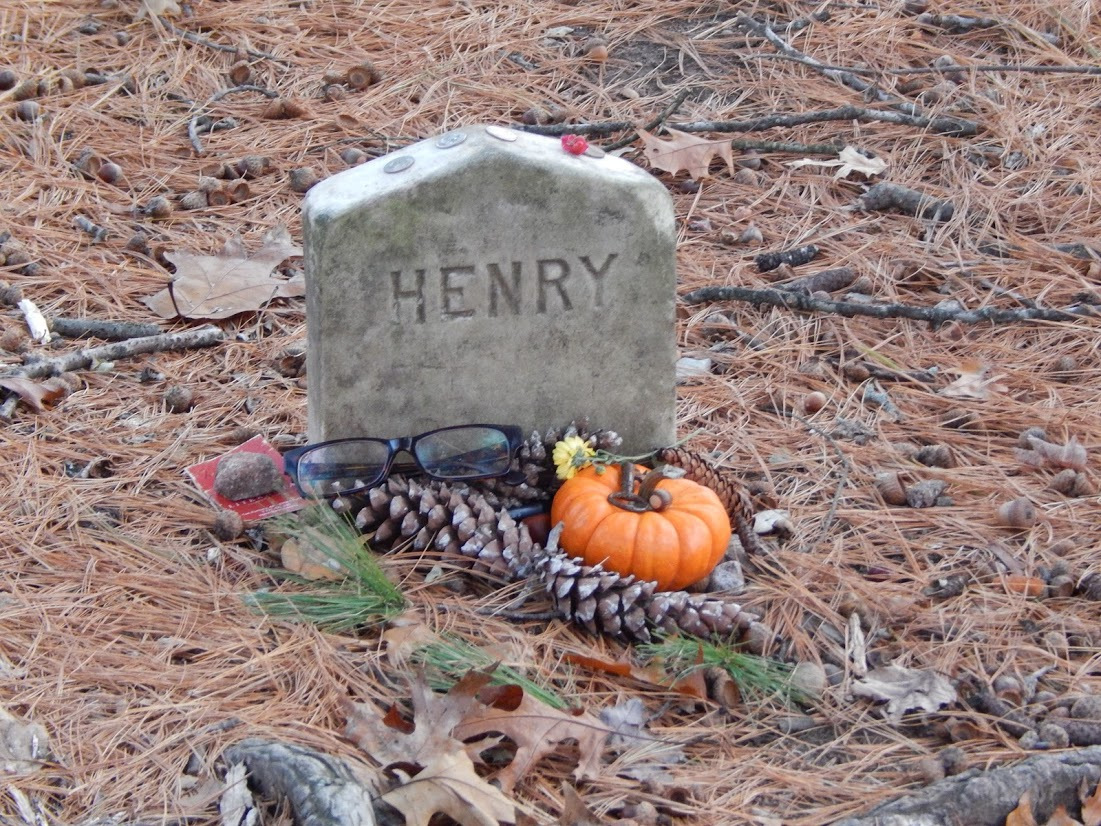 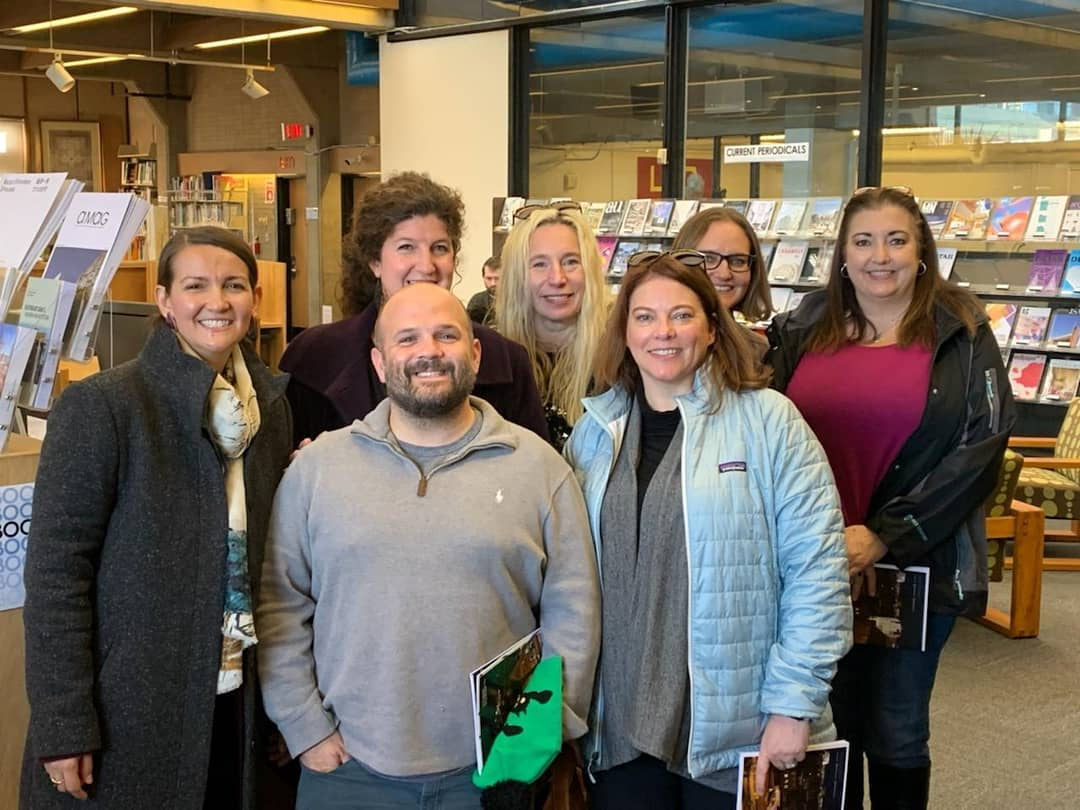 Group in the BAC Library with Beth Garver and Eleni Glekas 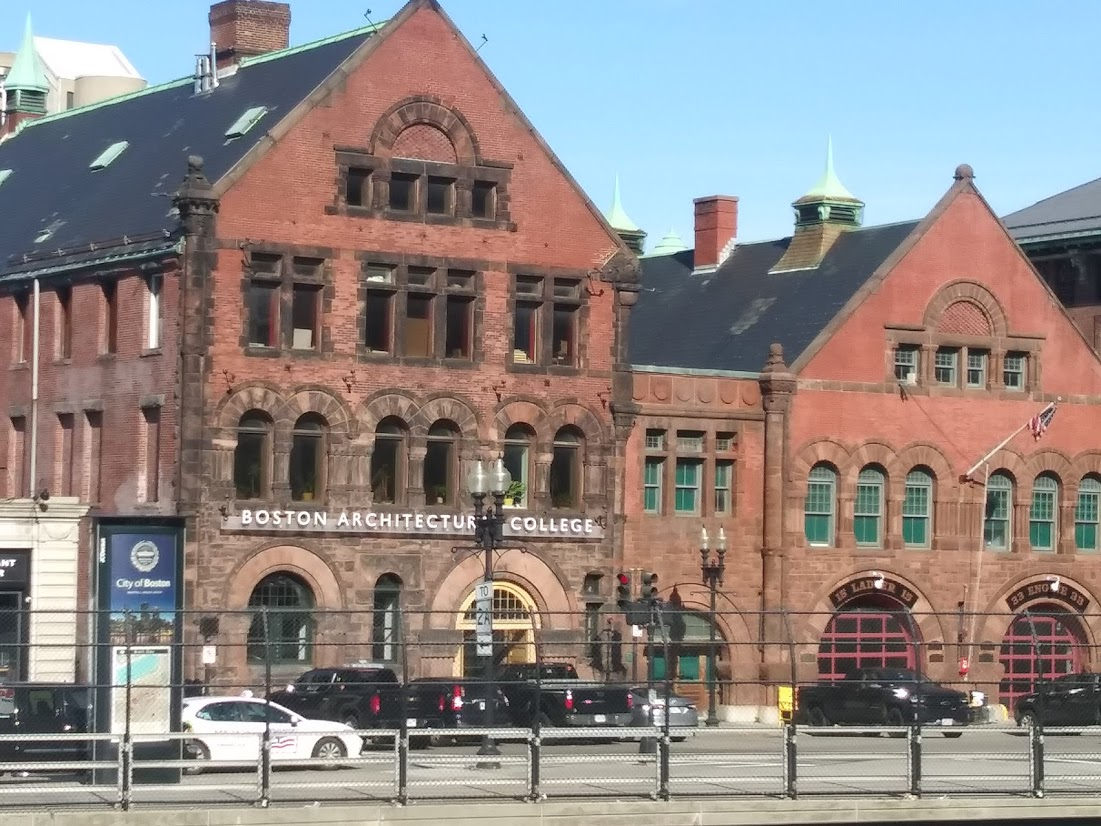 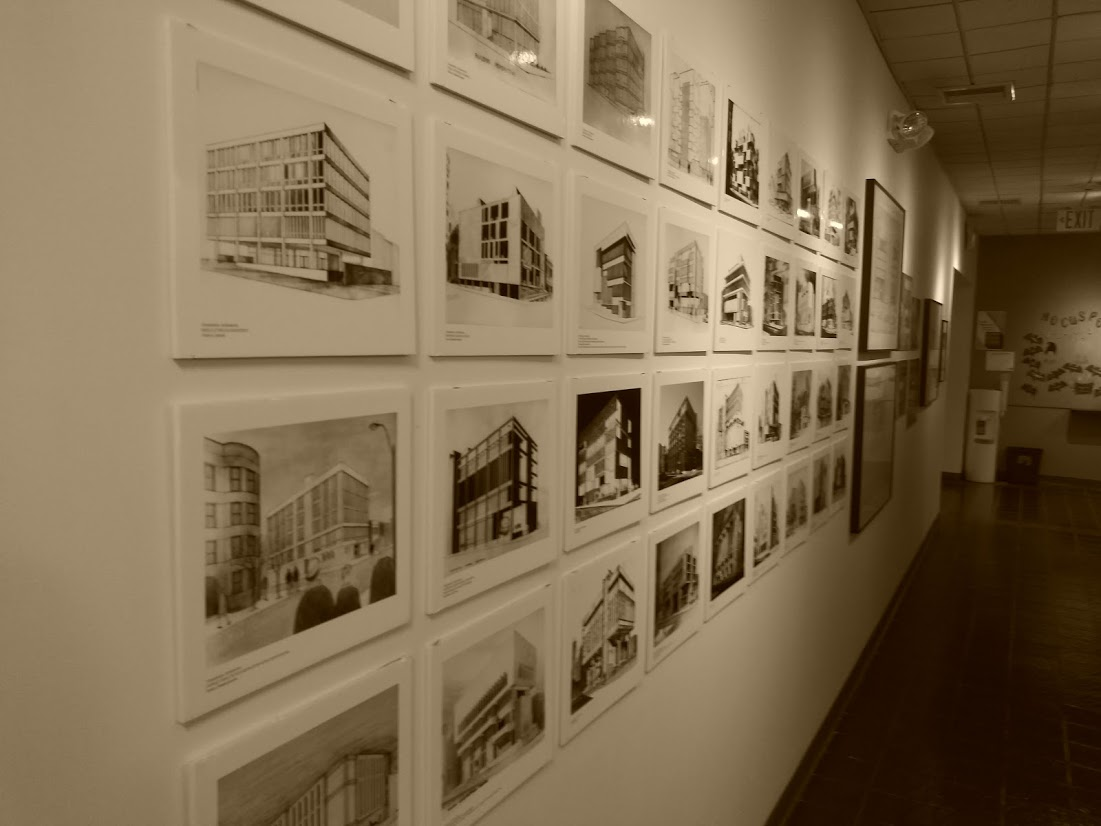 Submissions from BAC student groups for the college's building design