I was given the opportunity to interview Mr. Gerlald Johnson, Jefferson State Community College Men and Women's Cross Country coach. JSCC’s Cross Country team was started in 1966 and ended around 1981. The team returned the fall of 2019.

The team is involved with the local community by participating in and volunteering for local races in Birmingham that raise money for charity. Mr. Johnson has multiple goals for his team; one is to have all of his athletes make NJCAA Academic All-American Team. Another goal is to help seniors get transfer scholarships. The last goal is for the team to win men's and women's individual and team titles and qualify for nationals.

Mr. Johnson values discipline, dedication, and determination in his team. He also values the theory that you should maximize your potentials at all times. The achievement Mr. Johnson is most proud of is having his top female Gabi Rodriguez receive Academic All-American honors, win the conference, and compete in the NJCAA national championship in Albuquerque, New Mexico.

If you have any questions, you can email coachgerald@resoluterunning.com.

The schedule can be found at http://www.jeffersonstate.edu/athletics/cross-country.

I was given the opportunity to interview Mr. Guinn about the Men's Jefferson State Community College Golf Team. The Men's Golf Team started four years ago and is continuously growing. Mr. Guinn wants the members of his team to grow as young men and get their education. He hopes that they can use golf after transferring from Jefferson State and be able to pay for their education when they transfer out to different schools. The main goal for this year's team is to qualify for Nationals. In the future, Mr. Guinn would like for his team to be able to compete in regional, district, and national championships. He is most proud of how last season every member of the team was on the Conference Academic Honor Roll.

If you have any questions, you can email Mr. Guinn at pguinn@jeffersonstate.edu.

The schedule can be found at http://www.jeffersonstate.edu/athletics/mens-golf-team/

I was given the opportunity to interview Mrs. Wendy Shuffett about the Women's Jefferson State Community College golf team. The Women's Golf Team started four years ago in the fall and will continue to grow throughout the years. Mrs. Shuffett is trying to build community support for the program by being active on the school’s website and the team’s social media pages.

Mrs. Shuffett wants her team to grow in character development, leadership skills, and confidence. She also wants them to practice as a team and as individuals so that they reach their full potential. Mrs. Shuffett values her team setting realistic goals for themselves and working to achieve them. She hopes her team continues to show good sportsmanship, positive attitudes, and continue to be disciplined and focused at practices and play on the course.

There are multiple goals for this year's team is for the team to make it to the National NJCAA in May 2020. Another goal is that the team camaraderie grows as they continue to practice and compete together. The achievement of Mrs. Shuffett is most proud of was last year taking two of her players the National NJCAA Women's Golf Tournament in Daytona Beach, FL. It was the first time they had made it to Nationals.

If you have any questions, you can email wshuffett@jeffersonstate.edu.

The schedule can be found at http://www.jeffersonstate.edu/athletics/womens-golf-team/. 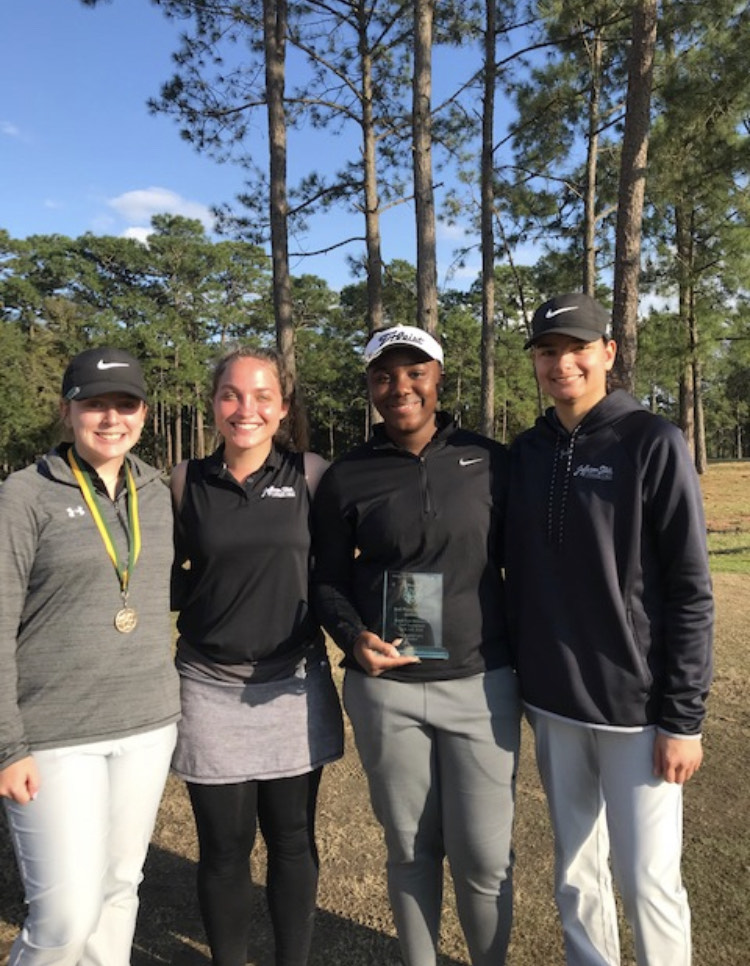