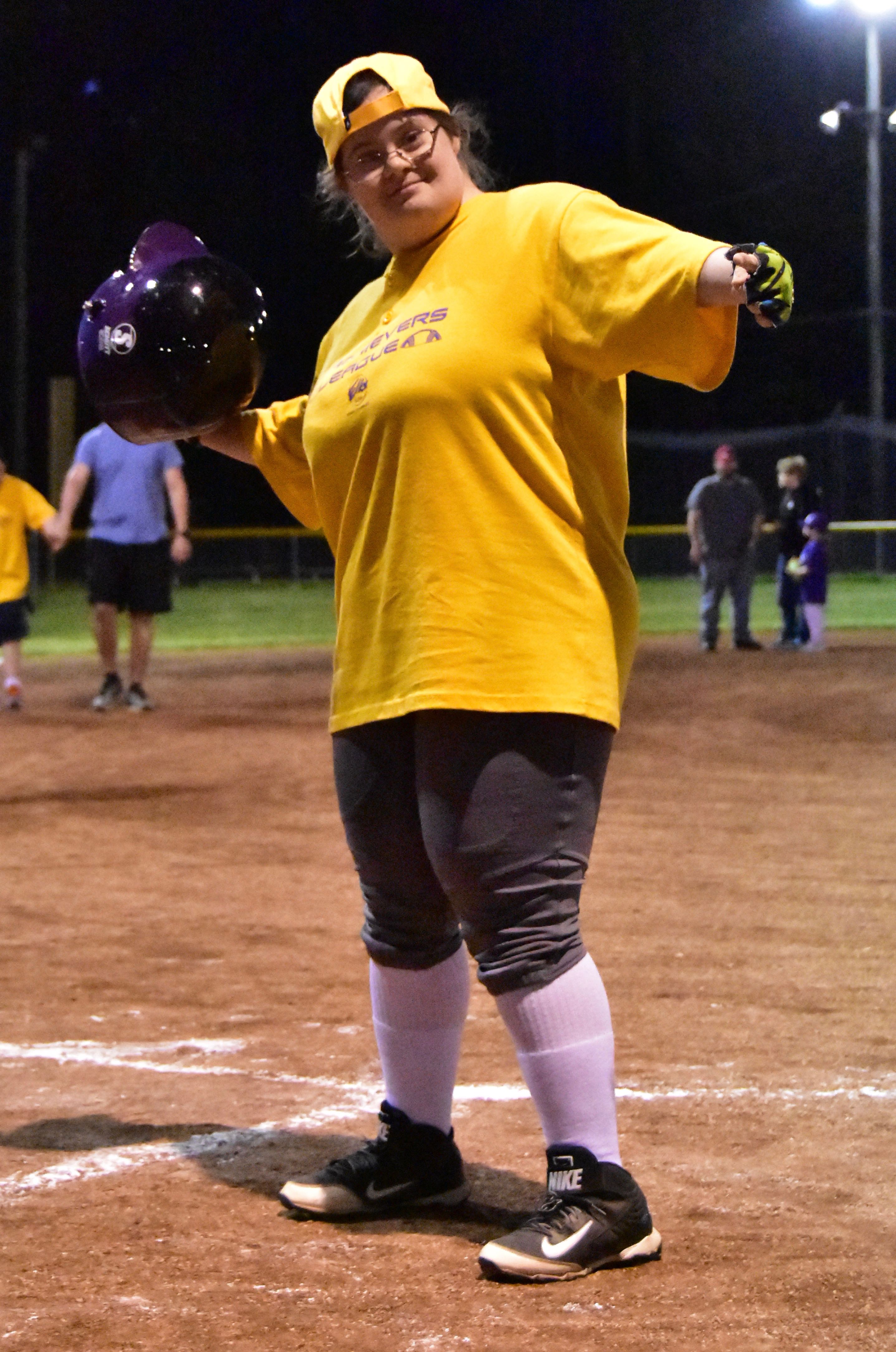 In the South, the longer days of spring mean many things. For some, it is the blooming of wildflowers that cover our vehicles with pollen and leave empty shelves in the allergy section at the local drug store. For many others, it means shaved ice, sunflower seeds, and the beginning of baseball season. Often, special needs children are left out when it comes to sports, but not in Hueytown.

The Achiever’s League allows players of all abilities to play baseball, and this year, members of Jeff State Student Groups helped make their dreams become reality.

The Achiever’s League was started in 1994 by Kay McKinnon as a program that invited children with special needs to have a place to enjoy teamwork, comradery, and most importantly, baseball. In 2010, the leadership role was passed on to volunteer Bonnie Burns who still serves as acting President for the league.

The league has had several sponsors come and go over the years, but Bessemer Elks Lodge #721 has supported it since its inception 25 years ago. The Bessemer Elks Lodge has helped provide uniforms, trophies, supplies, and funding for things like field insurance. Games were initially hosted in Pleasant Grove until the move to Hueytown in 2016.

This year’s season hosted 32 players, each with their own introductory song welcoming them as they approach home plate to bat. “Our mission is to make the players feel important and have a sense of normalcy and accomplishment,” Burns shares. Every player has unlimited strikes, and all hits are home runs. Since the score is not kept, each game necessarily ends in a tie, settled after the game with a “dance off” that ultimately always gets pushed to the next week in the spirit of friendly competition.

To keep players safe, each player needs a “base buddy” to help them bat and run the bases. When players are out in the field, base buddies also keep their players safe when big hitters are at the plate. Despite some limitations, some players can really slug the ball. Several students from Jeff State came out to serve as base buddies, including SGA, Sigma Chi Eta, and Sigma Kappa Delta.

The Achiever’s League is a non-profit organization with games hosted in Hueytown at Allison Bonnet Memorial Park. Registration begins January 1 and continues through the close of the month. Games begin on the second Saturday in March and last until May. For those interested in participating, volunteering, or any other general concerns, please contact achieversleaguesoftball@gmail.com or visit their Facebook page.

For over thirty years Jefferson State Community College has hosted its annual Honors Convocation acknowledging exceptional students and their achievements. The 2019 event took place on April 19 at the Shelby-Hoover campus and was emceed by Mike Royer. This year’s event recognized almost 150 individuals including 73 students honored with transfer scholarships to 4-year schools along with numerous student group and faculty awards.

Scholarships from benefactors were awarded, including those from EBSCO, the Dr. Connie Beddingfield Memorial, the Chad Prior Memorial, and the Walter and Mary Harris Memorial. Major awards such as the Carson, Allen, and Fitzgerald awards were presented as well as the Merritt Scholarship. In addition, two new benefactor awards were added this year – the Dora Virginia Hestley Memorial and the Dr. Shailesh Upadhyay Memorial.

Divisional Awards, as well as awards from the Center for Professional, Career, and Technical Education were given; along with the Center of Workforce Education. Outstanding Faculty achievement was awarded to Jacob Melvin.

Jefferson State Community College takes pride in acknowledging and rewarding its student body and faculty for their outstanding achievements. Each year, thousands of students find their place at Jeff State. Even more carry with them the experience acquired from Jeff State in moving forward with education and in the workforce. 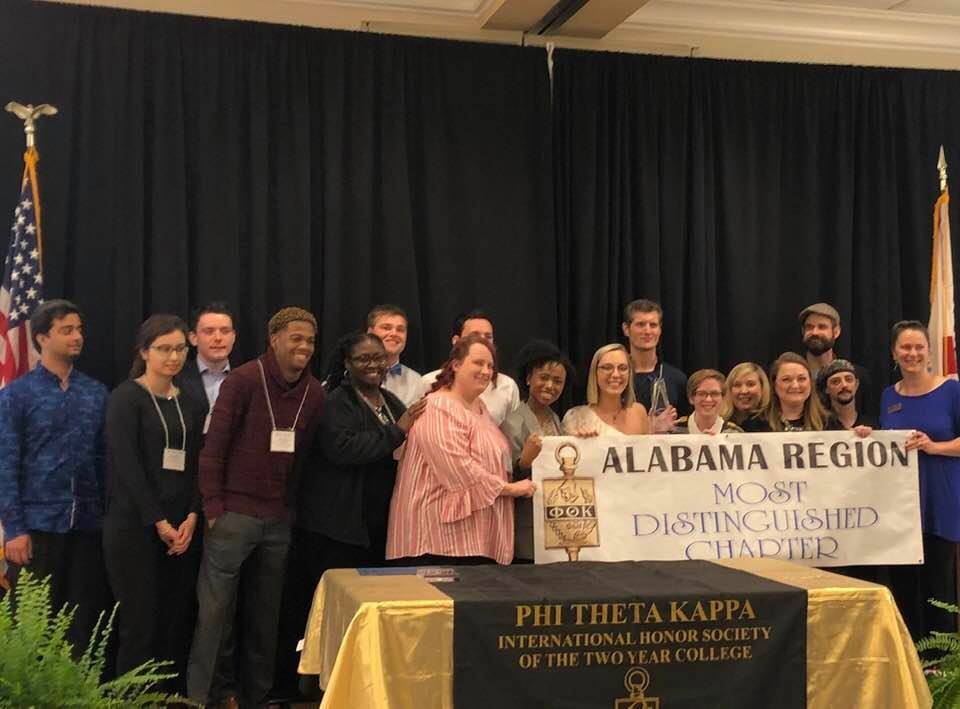 This year, members of BLD conducted the Birmingham Youth Peace Summit for over 150 area high-school students.  At the summit, students learned how to use art, writing, and civil debate to change the world.  BLD officer Brian Lavett said:” Today, our society is more divided than ever before. So, finding constructive ways to bring people together is important. Being a part of that process in our community was a great experience and it's something that I'm very proud of.  Events like the Peace Summit have the potential to start dialogue, bridge gaps, and ultimately be a catalyst for real change.”

BLD members also worked closely with the Horizons School.  Horizons teaches employment and life skills to young adults with learning disabilities.  The chapter helped Horizons conduct a fundraiser dinner, and they also worked closely with Horizons students who are now enrolled at Jefferson State.  BLD student Adam Patterson commented: “As someone with cognitive disabilities I didn't really know what to expect from this event. What I learned was that even with disabilities, people can become productive members of society. One student that was in my group managed to get a job at UAB's Recreation Center thanks to the money raised at the Horizon's Dinner. With our money, the Horizon's school was able to expand and help a much larger student body. That alone is a major accomplishment.”

Inductees, families, and friends joined together for the Sigma Chi Eta Zeta Chapter and the Sigma  Kappa Delta Eta Epsilon Chapter Induction Ceremony. The event was held at 2 p.m. on April 4, 2019, in the multipurpose room in the Judy M. Merritt’s Health Science Building at the Shelby -  Hoover Campus. Following the ceremony, guests enjoyed cake, punch, fruit, and cheese that was prepared by Jefferson State’s culinary program. Students interested in learning more should visit the Jefferson State Community College page, under the services tab.

Since I decided I wanted to attend college, friends and family told me to join clubs and teams, that it would help me make friends who shared my common interests. Joining the Jefferson State Speech and Debate Team helped me make friends, with our shared interest in becoming better at communicating. I am grateful that I was able to gain a better knowledge of communications, and experience things I will never forget.

Being a part of this team is not easy.  You have to put in hard work, but I promise you it is worth it. I was a judge this season for the team at IPDA (Individual Public Debate Association) debate tournaments.   Most tournaments I went to had six preliminary rounds and several elimination rounds. Driving to the tournaments in the team van, we had many interesting debates, and we told stories as ways to practice before the tournament.  Serving as a debate judge taught me how to look at both sides of an argument even if I have opposing views. I also helped my teammates research topics before they went to their rounds. In less than half an hour, we had to find enough information on a topic so that they could go up and speak about it as if they were experts on the subject. Debate topics could be about politics, philosophy, or even pop culture.  On the way back to the hotel each night, we would talk about ways everyone could improve and how they felt they did during their rounds. The things I learned from being on this team not only helped me on the team but also in my other classes and life in general.

Being on the team is not only about working hard. If you are on this team for any amount of time, you'll see just how much everyone cares about each other. The team is always willing to help one another, whether it be during practices, tournaments, or outside of it all. Heaven Sheppard, the Team's Secretary/Treasurer, said this about this year's team, "My experience with the Jefferson State Speech and Debate Team has been a huge turning point in my life. It has allowed me to not only expand my education but also to have a family and get out of my comfort zone. This is not just a team, and it's not just a club. It's a family, and every new experience that I have gotten from this family has made me a better speaker and person." Every single team member I spoke to about their experience on the team has similar statements.

If you'd like similar experiences, every semester the team travels to different tournaments all over the country, competing in IPDA Debate and individual events. For more information regarding the Speech and Debate Team, you can contact Dr. Janice Ralya at jralya@jeffersonstate.edu.